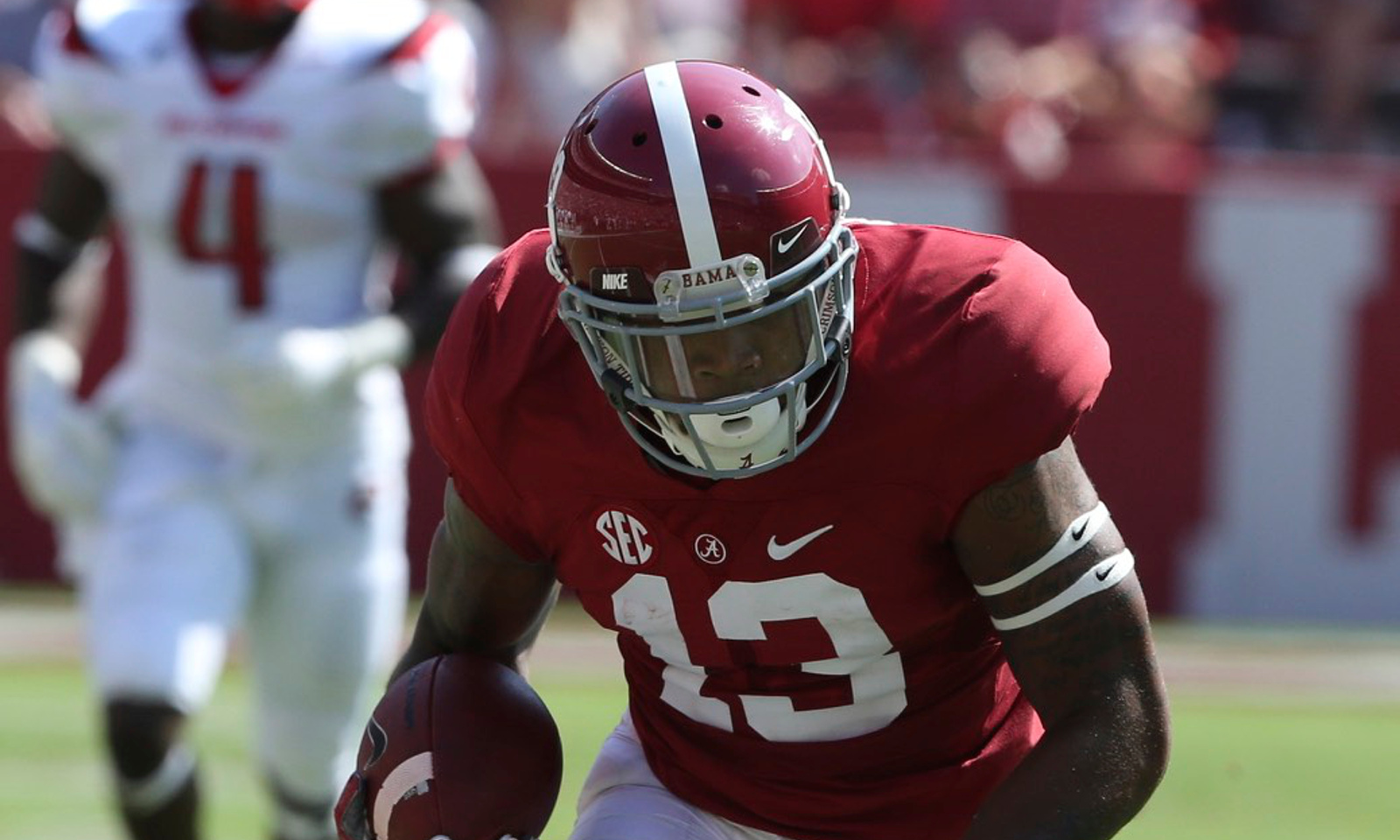 He was listed as “questionable” after having a sprained knee against Ole Miss, but as of Monday, Alabama head coach Nick Saban is unsure as to whether wide receiver ArDarius Stewart will play this week.

The 6-foot-1, 204-pound junior sustained the injury in the first half on a screen pass.

He ran into tight end Hale Hentges, and was helped off the field. Stewart did not return for the remainder of the contest and to Saban’s knowledge, he may not suit up on Saturday against Kent State.

“ArDarius Stewart would be the biggest question mark for this game,” Saban said to the media on Monday.

Five injuries kept the Crimson Tide from practicing, however, the bigger issue is which player will step up if Stewart has to miss a couple of games. Saban singled out a trio prospects, including one that was on the verge of a breakout year during the 2015 national title season. A rotation of Robert Foster, Cameron Sims and Trevon Diggs will be used in preparation for Kent State. While Foster and Sims are both talented receivers, Diggs has impressed the coaching staff and his teammates with his versatility on both sides of the ball.

“Robert will play some, but the guy who’s been playing well for us is Cam Sims,” Saban said.

“We will play him as well and there will be an opportunity for some other guys to play.”

Diggs happens to be one of those other guys. Garnered a four-star prospect, he was one of the top athletes that signed in Alabama’s 2016 recruiting class. He caught 78 passes for 1,008 receiving yards and 15 touchdowns, during his junior year in 2014 at Avalon High School in Gaithersburg, Md.

“Diggs has a lot of promise,” Saban said. “Because of our lack in the secondary, we’ve been playing him both ways. But I think we’ll try to emphasize a little more offense for him this week.”

Injuries have hurt Sims and Foster in the past, but with Stewart out, one of these two has a chance to really make an impact. Alabama will be at home for the next two week, until Oct. 1—when it travels to D.W.R. Razorback Stadium (Fayetteville, Ark.) to face the Arkansas Razorbacks.