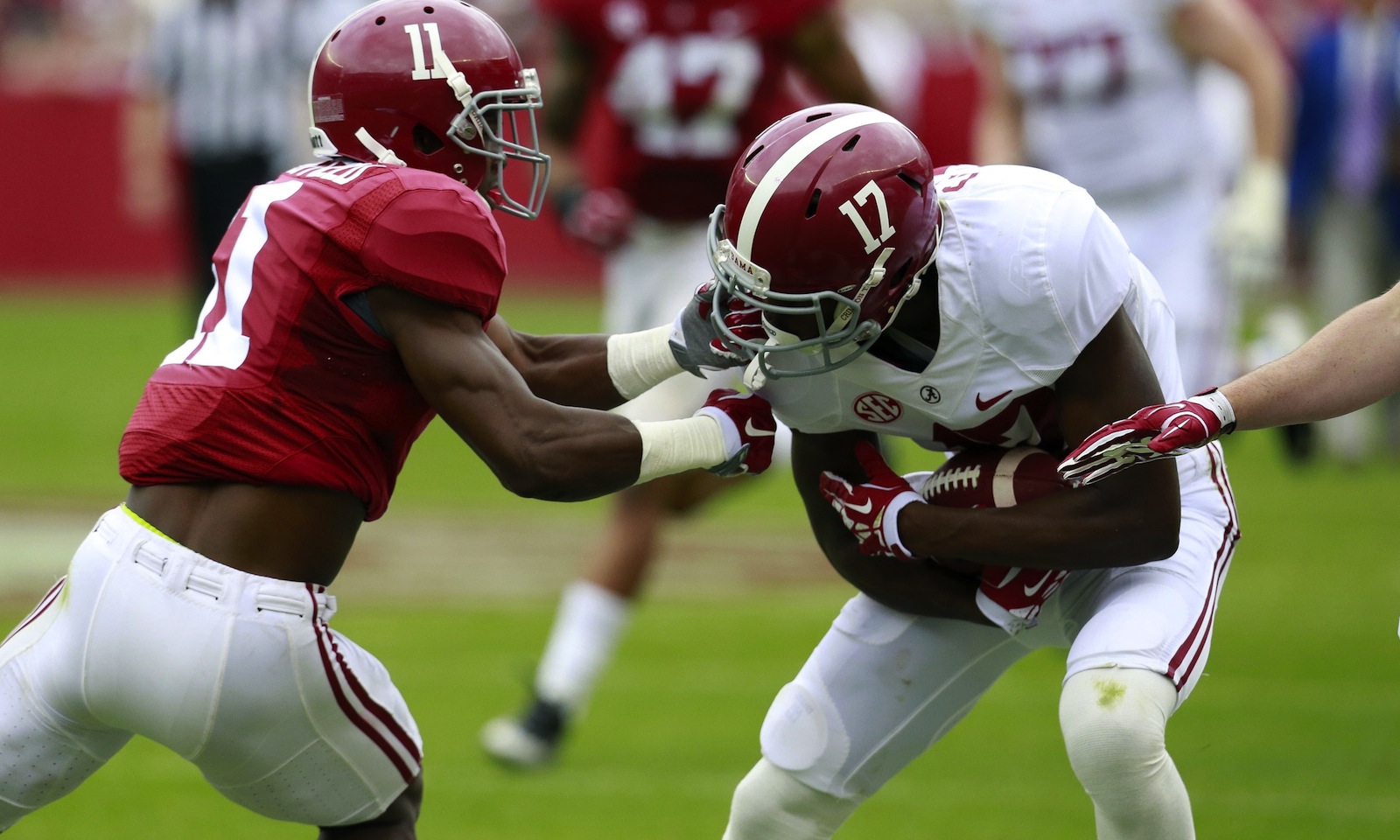 Everything is starting to come full circle for him.

Prior to sustaining a knee injury in 2015, wide receiver Cameron Sims looked to be Alabama’s heir apparent to Amari Cooper. His rare combination of size, speed, ball skills and athletic abilities impressed both coaches and teammates, during his freshman season in 2014. After his arrival in January as a consensus four-star recruit, Sims had 62 receiving yards and a touchdown on seven receptions in 12 games. He recorded his first collegiate score against Western Carolina, and showed coach Nick Saban a willingness to set blocks in the run game.

Whether it was wide receivers’ coach Billy Napier or his peers, Sims would consistently drop jaws in practice after elevating over multiple defenders to grab a pass. His injury occurred back in March of 2015, giving two redshirt sophomores—Robert Foster and ArDarius Stewart—an opportunity to emerge. Stewart made full use of his chance, ending the 2015 season with 63 catches for 700 yards and four touchdowns in 15 games.

No one ever thinks of the injury bug as a blessing in disguise, but in this sense, it does allow Sims to make his way back into the big picture. With Stewart (knee) possibly missing Saturday’s game against Kent State, Saban named Sims as one of the players that has done well for the team. Stewart was helped off the field last week and did not return, upon him hurting his knee on a screen. Sims, who stands at 6-foot-5 and 203 pounds, is second behind Stewart as a vertical receiver. Jalen Hurts targeted him against Ole Miss on a throw and despite it being short, a pass interference foul helped Alabama. He was a headline name at Ouachita Parish High School (Monroe, La.), totaling 948 receiving yards and eight touchdowns on 39 catches as a junior in 2012.

Knee and shoulder issues caused some misfortune, but now Sims becomes the next man up.