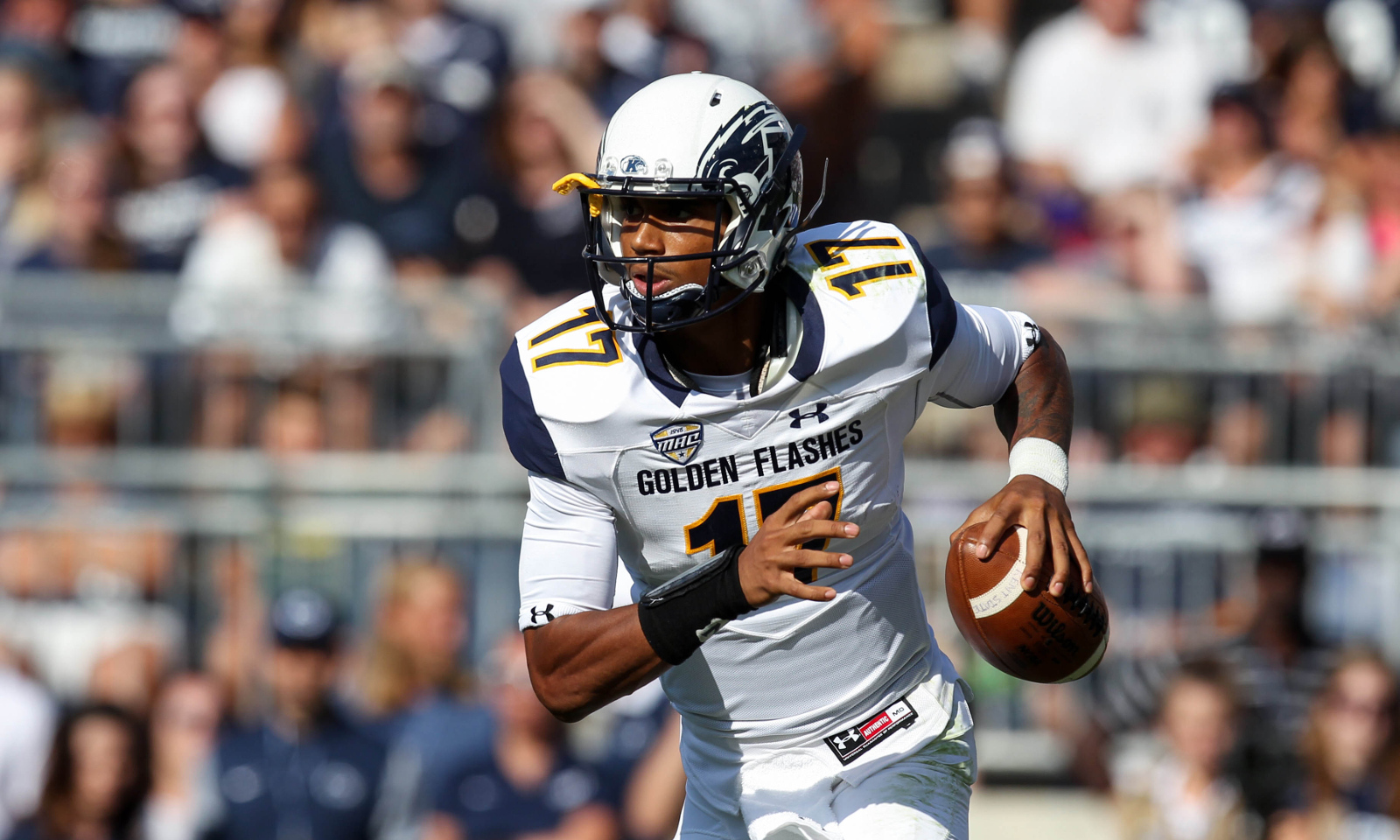 Saturday’s meeting between Alabama and Kent State looks one-sided on paper, but leave it to head coach Nick Saban to address both the media and his players on how important each opponent is.

Prior to him acquiring five national championships, five Southeastern Conference titles, multiple top-ranked recruiting classes and a loyal fan base, Saban was a defensive back at Kent State University from 1970-71.

He was a defensive assistant from 1973-76 and coached against his Alma mater as a member of Alabama in 2011, guiding the unit to a dominant 48-7 win. The 64-year-old wasn’t pleased with the lack of consistency his team showed against Western Kentucky, and hopes to get some things cleaned up before it faces Arkansas on Oct. 8. Head coach Paul Haynes and the Golden Flashes will enter Bryant-Denny Stadium with a 1-2 record, averaging 25.3 points a game on offense. Western Kentucky had success by spreading out the Crimson Tide’s defense. Kent State possesses some weapons that can do similar things, however, it can’t afford negative plays.

While most fans intend to look at the new addition made on “The Walk of Champions,” listed below is a breakdown of the Golden Flashes top five impact players heading into this weekend.

Rankin takes over for the departed Traylon Durham, who totaled 428 rushing yards and three touchdowns on 127 carries in 2015. The 5-foot-9, 206-pound freshman has 178 yards rushing and a touchdown on 38 carries.

Rankin rushed for 82 yards on 13 carries in week one against Penn State, while earning his first collegiate rushing touchdown against North Carolina A&T in a 39-36 loss.

Holley returns as the program’s leading tackler for a third straight year. He accounted for 137 stops in 2014, 139 tackles last season and enters Saturday’s match-up with 47 tackles. The 5-foot-11, 210-pound safety averages nearly 16 stops a game (15.67), and has two tackles for loss and a quarterback pressure. More than likely, Holley will be providing help over the top for whomever is tasked with covering Alabama’s Calvin Ridley.

He had nine catches for 138 yards, including a 63-yard touchdown grab in the second quarter. Despite being bigger than Engram, Fackler (6-foot-4, 250 pounds) has some of the same playmaking qualities. He’s registered three career touchdowns, with two of them coming this season on eight catches. His size makes him a threat in red zone situations, and co-defensive coordinator Tosh Lupoi wants his front to out leverage Fackler.

To pair with Fackler, Kent State has running back Nick Holley.

Holley hasn’t done much as a ball carrier, but he has been solid at receiver. He leads the team with 12 receptions for 110 yards and two touchdowns, netting an average of 9.17 yards a catch.

Let tackle Cam Robinson and company will have a tough task in neutralizing Waugh.

Mitchell joins Alabama’s Jalen Hurts as another true freshman quarterback, to start this season for his respective school. Mitchell carries a solid frame at 6-foot-3 and 201 pounds, while having a potent arm.

He’s thrown for 353 passing yards and five touchdowns to one interception in three games. Mitchell is completing 59.7 percent of his throws and like Hurts, he is deceptive with his footwork in extending plays.

He is second on the team in rushing with 113 yards on 44 carries.

“He’s a very athletic guy and has played really well for them,” Saban said during his opening speech on Monday concerning Mitchell.

Saban wants Alabama playing a complete game this week. We have seen on numerous occasions how marquee teams can either be defeated or worn down by smaller schools that it did not prepare for. North Dakota State stunned Iowa last week and the Hawkeyes were a top-25 team. Alabama looks to clean up penalties and generate some consistency along its offensive line, where establishing a run game is concerned.

“The Mid-American Conference is sort of known for being able to come up against really good teams and come up with some wins,” Saban said. “This happens every week and it happens because the teams that they are playing don’t have the proper respect. They don’t play very well and the other team has players too that are very capable. They need to be respected, and we need to focus on what we need to do to get better as a team and play to our standard, and that certainly is going to be the message for this week.”