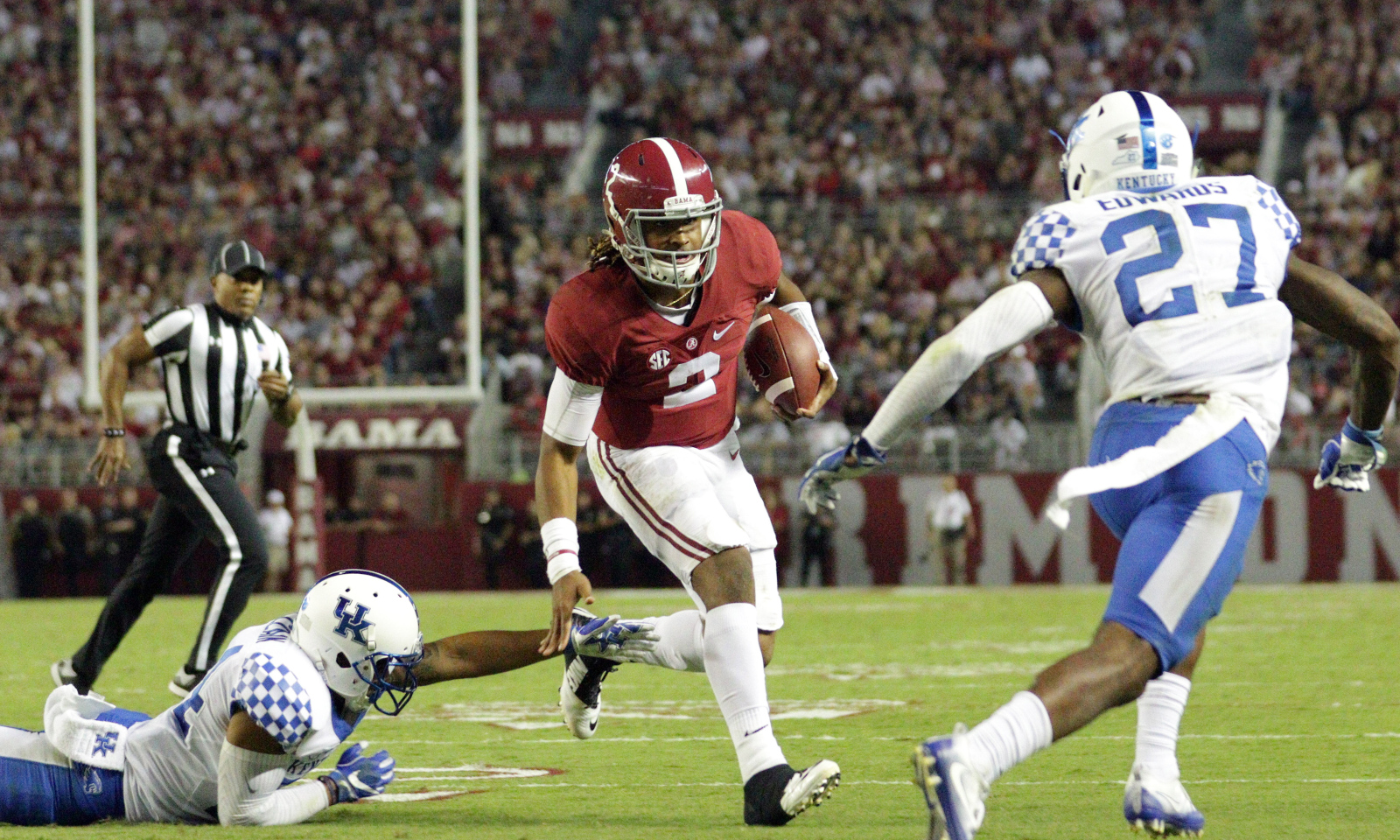 TUSCALOOSA—Not every win in the Southeastern Conference is going to be attractive, especially for programs that are viewed as national championship contenders each season.

Numerous incompletions on pass attempts frustrated Jalen Hurts against Kentucky in the first half, but Alabama’s true freshman quarterback started building confidence throughout the game.

Much like Jacob Coker did in 2015, Hurts leaned solely on Calvin Ridley in the second half.

Eleven of his 20 completions went to the talented sophomore for a career-high 174 receiving yards and two touchdowns. He seemed more comfortable rolling to his right, as both of Hurts’ scores came on bootlegs off play action in the third quarter. Overall, he completed 20 of 33 passes and totaled 287 yards (25 yards) to go along with two touchdowns. Head coach Nick Saban was not pleased with his team unable score touchdowns in the red zone, however, he did say the offense played much better in the second half against the Wildcats.

In talking with safety Ronnie Harrison, he said he was proud of the way Hurts managed the game.

Through fives games, Southern California was the lone match-up in which Hurts did not complete 60 percent of his throws (54.5 percent). He stands at a 62.2 percent mark, totaling 989 passing yards with seven touchdowns to one interception. Hurts and Alabama now begin a tough conference stretch, beginning this week against Arkansas on the road.