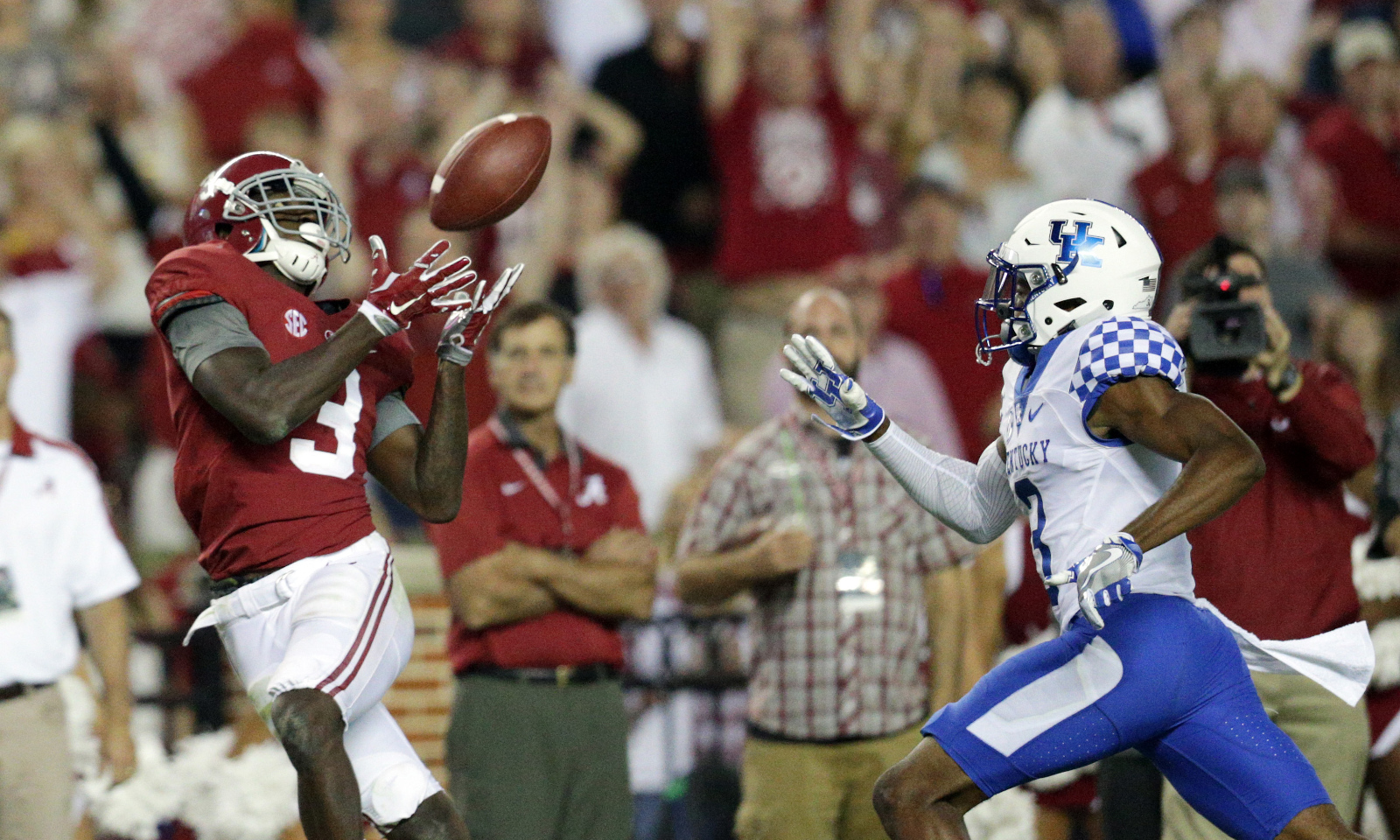 TUSCALOOSA—Calvin Ridley is starting to pick up where he left off last season.

The 6-foot, 188-pound sophomore answered Cameron Sims’ career day against Kent State with one of his own. After some struggles in the first half, Jalen Hurts started targeting Ridley more. The two begin to click against Kentucky’s secondary, as 11 of Hurts’ 20 completions went to Ridley for 174 yards and two scores.

Prior to Saturday’s game, Ridley’s last huge performance came in the 2015 Cotton Bowl against Michigan State. His outing last week set a new career high for him in receptions and yards, topping his eight catches for 138 yards and two touchdowns against the Spartans. Four of Ridley’s 11 grabs went for first downs, including two in excess of 40 yards. He spoke to the press after the game on how Alabama’s offense is beginning to flow.

“We just come to practice, and that’s where we get it from,” Ridley said.

“We have to get better and keep working. When that happens, I think we will be unstoppable.”

As far as the chemistry between Ridley and Hurts goes, the talented receiver said Hurts is starting to set up the offense as far as who is where and how things are going to be. One player that knows a lot about Ridley is safety Ronnie Harrison. The two were both signed in the Tide’s 2015 recruiting class, and made solid impacts as true freshmen. Harrison saw Hurts find Ridley more in the second half, calling the connection “very exciting.”

With ArDarius Stewart (knee) missing two games, Ridley has return to being the team’s leading receiver.