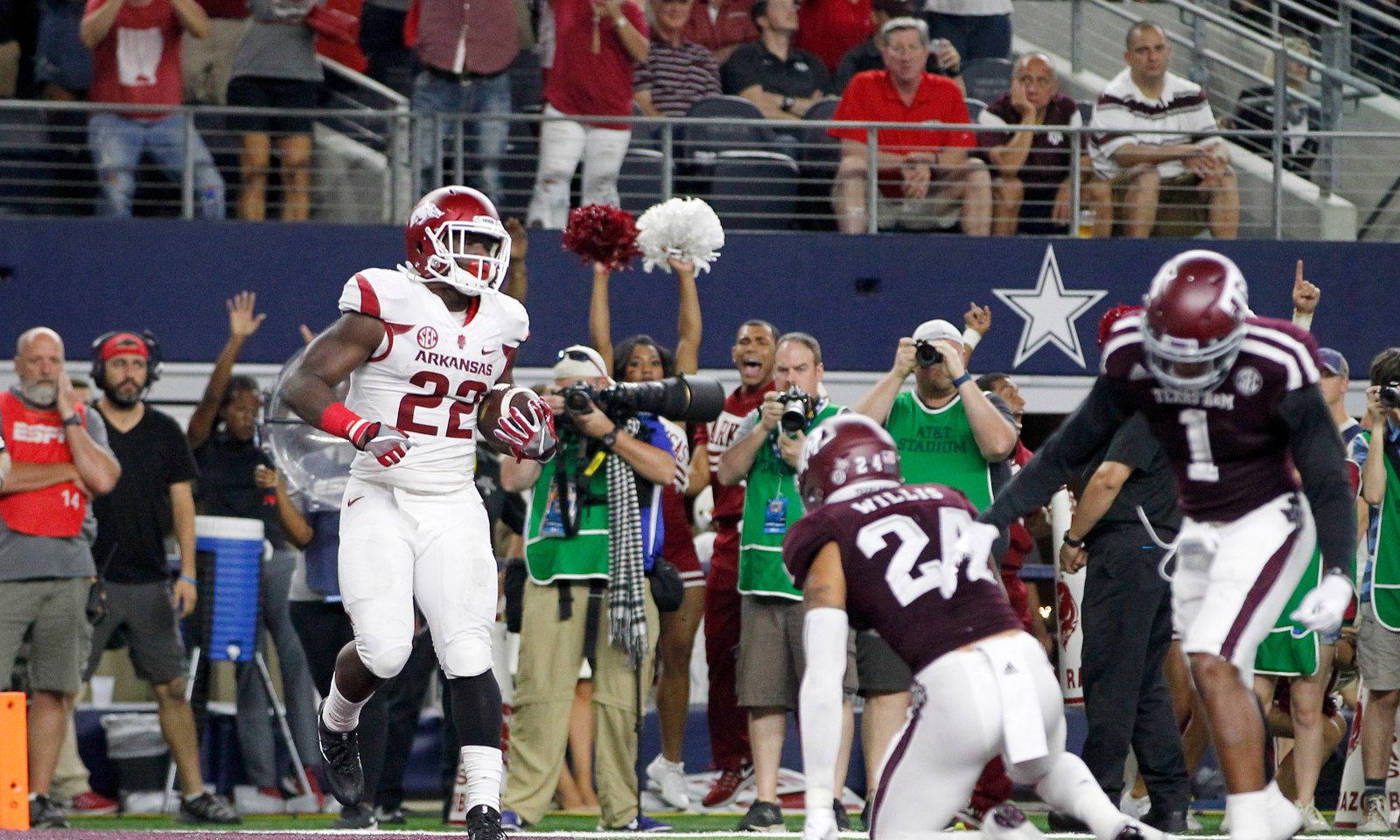 After two years of hanging tough, Bret Bielema and the Arkansas Razorbacks sense a chance to knock off Alabama. Coach Nick Saban and the Crimson Tide escaped D.W.R. Razorback Stadium in 2014 with a 14-13 win, and it took a Jacob Coker pass to Calvin Ridley for an 81-yard score—to secure a 27-14 win last year.

Like “The Grove” (Oxford, Miss.), a spirited crowd will be at Fayetteville, Ark.

Since taking over in 2013, Bielema has improved Arkansas’ record each season. The Razorbacks finished at 8-5 a year ago, earning victories over LSU, Tennessee and Ole Miss. Defeating Kentucky on homecoming was good, but now Alabama faces the brutal portion of its schedule. Defensive back Minkah Fitzpatrick tweeted a status earlier on the team’s focus down the stretch, however, the best test for that is seeing how the Tide responds to hearing thousands of fans cry “Woo pig sooie” for an actual reason. Yours truly of Touchdown Alabama Magazine compiled both a list and audio segment (The Way It Is) on five players that will be counted upon this weekend for Arkansas.