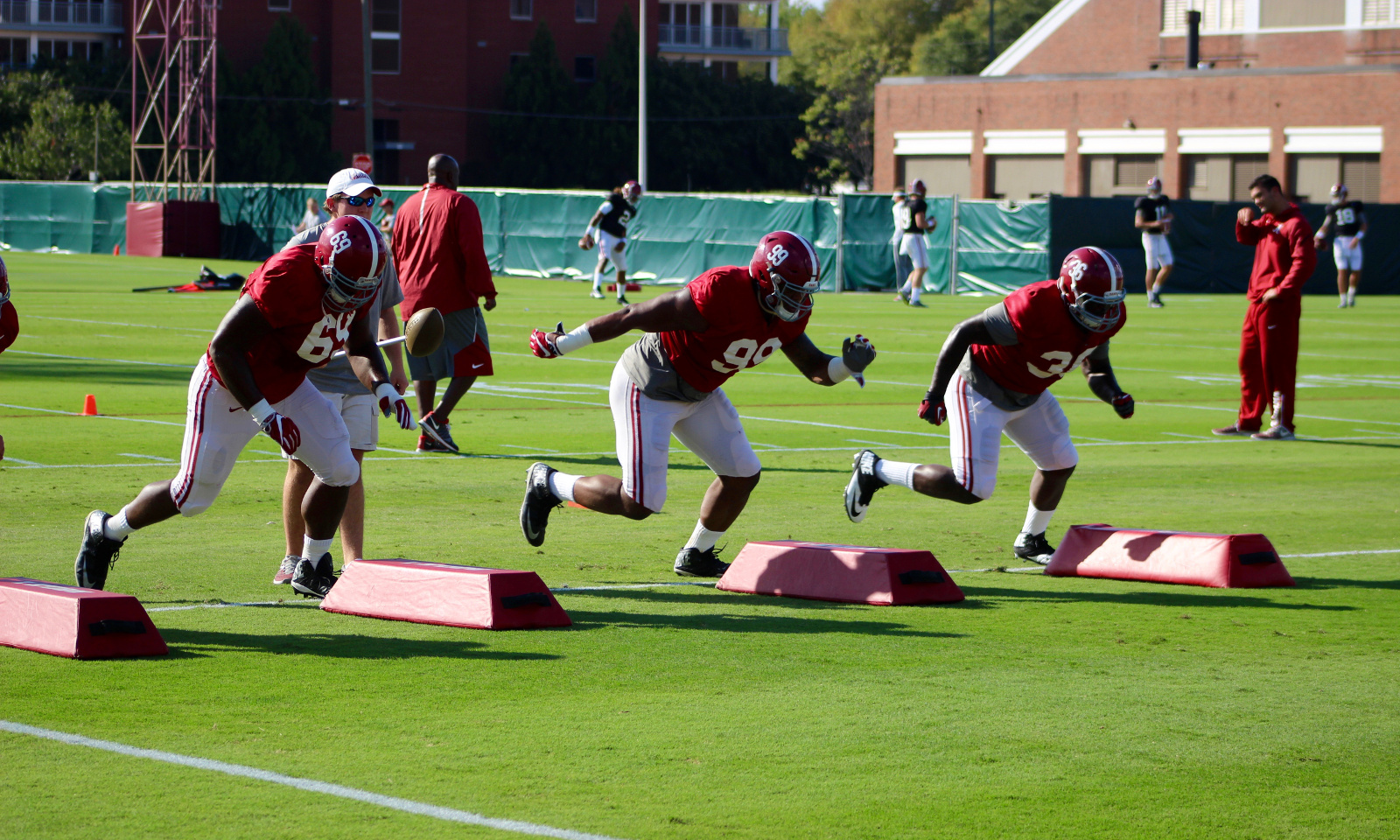 TUSCALOOSA—It has become engraved into the mind of Nick Saban that the Arkansas game for Alabama starts determining the contenders from the pretenders. After Wednesday’s practice, the Crimson Tide football coach spoke on the importance of execution during his presser.

While Alabama has added some spread, no-huddle features to its offense, Arkansas is one of few teams that continue its staple of having a balanced run game and setting play action off it.

“This will be a challenge for us defensively because we haven’t played against a lot of regular people this year,” Saban said. “When I say regular, I’m talking about tight ends, two running backs and two wide receivers. To get our players to respond to that, we’re going to have to continue to get good work for the rest of this week.”

Saturday’s match-up will be a pivotal one for defensive lineman Joshua Frazier.

The 6-foot-4, 315-pound junior is a native of Springdale, Ark. Prior to signing in Alabama’s 2014 recruiting class, he attended Har-Ber (HS) and became one of the more sought after interior line prospects.

He garnered recognition as a MaxPreps All-American and Arkansas All-State selection in 2012, while totaling 65 tackles, seven tackles for loss and 3.5 sacks that year. Frazier has grown into a solid rotation player on the Tide’s front line, accounting for six tackles, a tackle for loss and a sack in 16 career games.

Saban singled out Frazier on Wednesday, saying this is “a game for him.”

“Josh [Frazier] has done a good job at playing nose guard,” Saban said. “We just haven’t played enough regular people, where the nose guard plays a lot. He has played some in nickel and has improved. He’s gotten his weight down, so he moves and pass rushes a little better.”

Saban said that in a game like this, Frazier will get a lot of opportunities to make an impact.