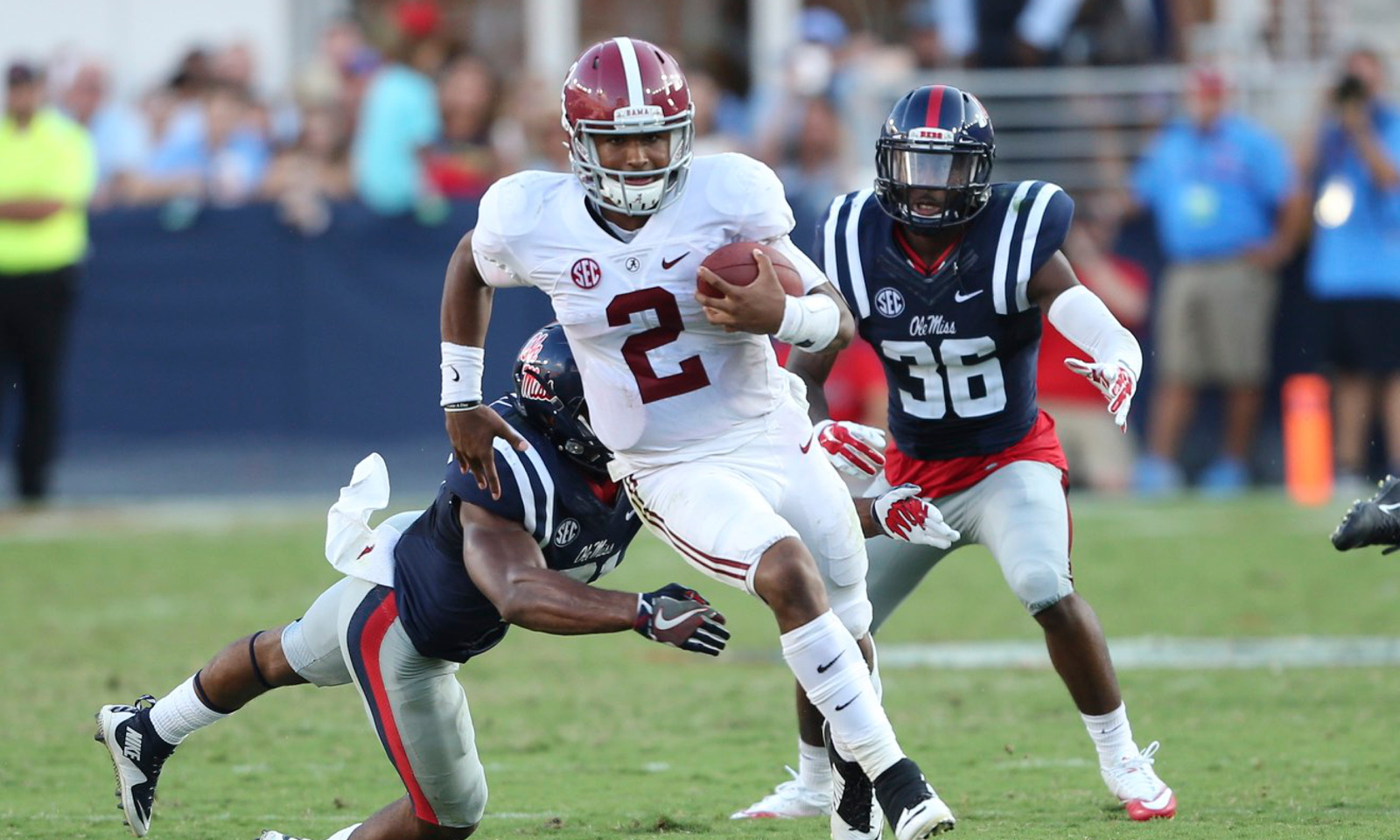 TUSCALOOSA—Obviously Nick Saban is over the issue of quarterback Blake Barnett gone from the program, but when it comes to overusing Jalen Hurts, he is not entertaining thoughts.

The Alabama football head coach knows that injuries are inevitable and despite Cooper Bateman having a similar skill set, Saban is unfazed in his decision to continue letting Hurts run the ball.

“We certainly don’t want to do anything to get our quarterback injured, but I think his skill set is what it is,” Saban said Wednesday. “We have to use the things that he can do effectively in our offense. We continue to try to make improvements in the passing game.”

“I don’t think we can totally inhibit him [Hurts] from making plays with his feet,” Saban said.

Saban is all for doing everything necessary to put his team in the best position for success.  Against Arkansas, the Crimson Tide must run Hurts on zone read plays. Texas A&M’s quarterback Trevor Knight gained much production on the ground, collecting 157 rushing yards and two touchdowns on 10 attempts in a 45-24 win for the Aggies over the Razorbacks. Alabama travels to D.W.R. Razorback Stadium on Friday, to encounter a top-25 contest against Arkansas on Saturday. This week will unfold a lot about the Southeastern Conference.