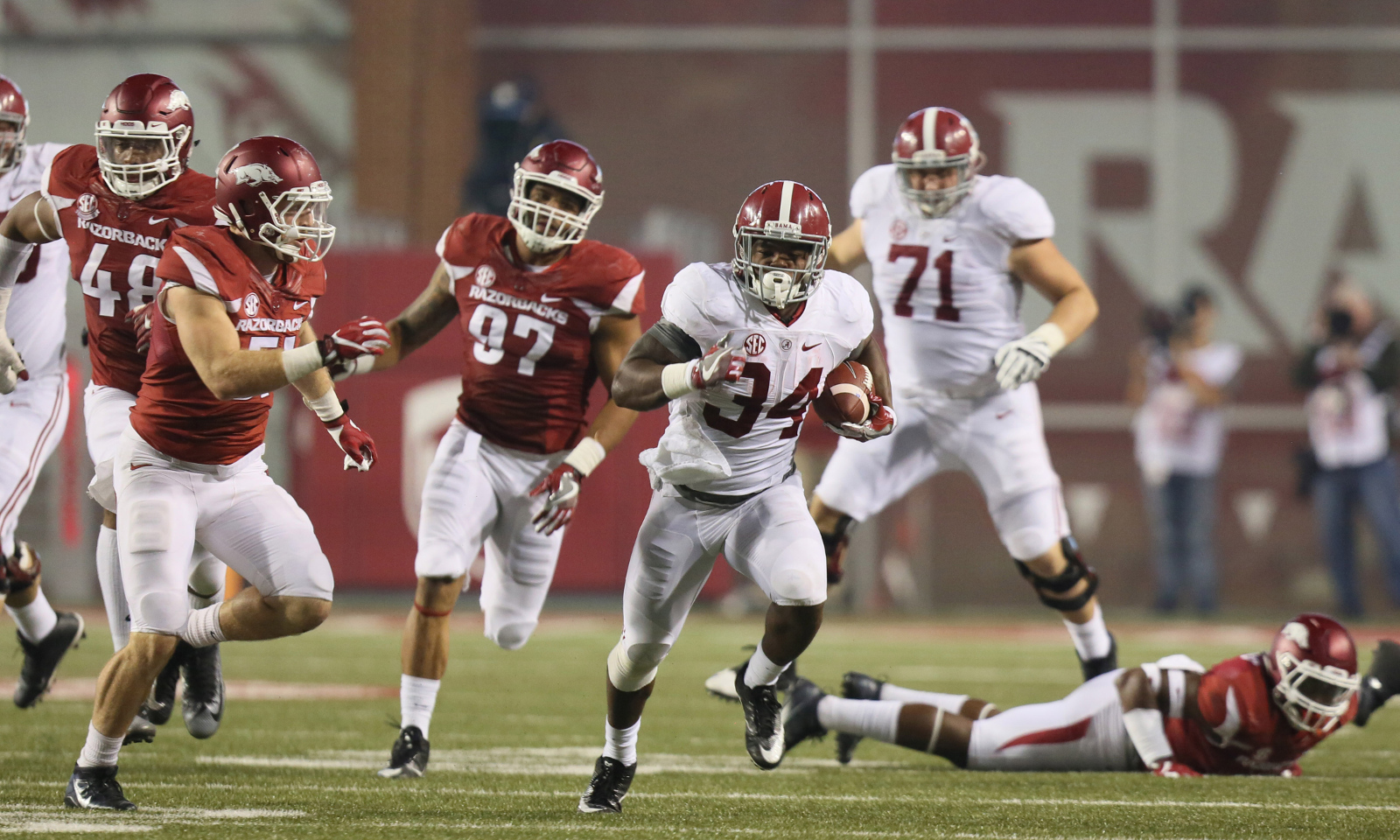 Alabama is now bowl eligible for a 10th season under Nick Saban, after defeating Arkansas 49-30 at Donald W. Reynolds Razorback Stadium. Jalen Hurts’ streak of games with a completion mark of 60 percent moves to five, as he hit on 13 of 17 passes (76.5%) for 253 yards with two touchdowns and an interception. He tied his career-high in touchdowns (four); a mark he set against Southern California in week one at AT&T Stadium.

Running back Damien Harris collected his third 100-yard outing this season, totaling 122 yards rushing on 13 carries. Bo Scarbrough picked up 56 yards and a score on seven carries, while Joshua Jacobs had 57 yards rushing on three carries. Wide receiver ArDarius Stewart returned with 120 yards on five catches, after missing the last two games with a knee injury. Harris and Calvin Ridley both brought in a touchdown pass.

His effort delivered the Crimson Tide its ninth non-offensive score on the season and seventh on defense. Alabama was able to limit Arkansas’ run game, but Austin Allen shredded its secondary for 400 passing yards.

Coach Nick Saban was complimentary of the Tide’s offense, despite having three turnovers.

“We really did a great job of moving the ball,” he said. “I thought we had great balance in both the run and pass game. I saw a lot of good things.”

“I felt like played well against the run, but we did not play defense like the way were are capable of,” Saban said.

The Tide emerged from a shootout to a 6-0 record. It will face Tennessee next week.