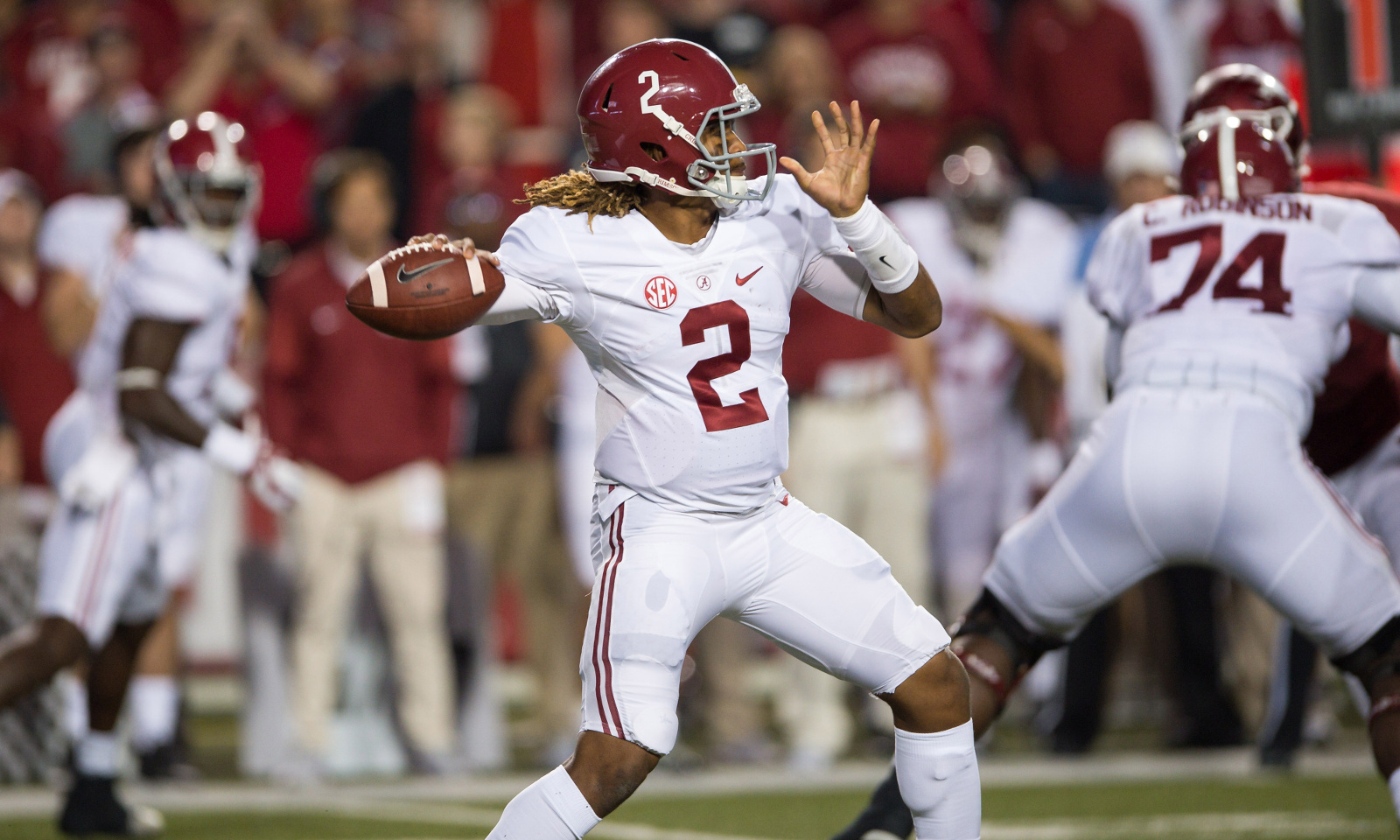 TUSCALOOSA—Donald W. Reynolds Razorback Stadium becomes the latest venue to not rattle the composure of Alabama’s freshman quarterback, Jalen Hurts. He got the Crimson Tide’s offense off to a fast start, leading two scoring drives in the first quarter. Hitting receivers in stride continues to be an element for improvement, but Hurts quietly had a productive game through the air. He hit on 13 of 17 passes, including five to ArDarius Stewart for a career-high 120 yards and a pair touchdowns to Calvin Ridley and Damien Harris.

The combination of Arkansas’ Brooks Ellis and Dwayne Eugene got the better of Hurts, causing an interception in the third quarter—but his streak of games having a 60 percent completion mark remains alive.

He guided the Tide to 517 yards on offense and a 50 percent rating on third down (4/8). Hurts accounted for 273 total yards (20 yards) and four touchdowns, equaling the career high he previously set against Southern California in week one at AT&T Stadium. Redshirt junior Bradley Bozeman got a moment to share more on Hurts’ confidence after a 49-30 victory. He said the true freshman continues to stay calm, cool and collected.

“He’s [Hurts] very confident in his play and knows what he’s supposed to do on the field,” Bozeman said.

While Calvin Ridley is a big play threat, ArDarius Stewart has quickly become Hurts’ favorite receiver on critical downs. He said the idea of Hurts being the starting quarterback has worked well thus far.

“Lane Kiffin has done a great job of putting the offense around him,” Stewart said.

A stat that got lost in the shuffle was Hurts’ career-high passer efficiency rating (228.54) in a hostile environment. He was one of four offensive players (11 total) recognized for weekly honors from Alabama’s coaching staff, and an honoree for Freshman Player of the Week from the Southeastern Conference.

Hurts and the Tide will return to practice Monday, to prepare for its rivalry match-up against Tennessee.