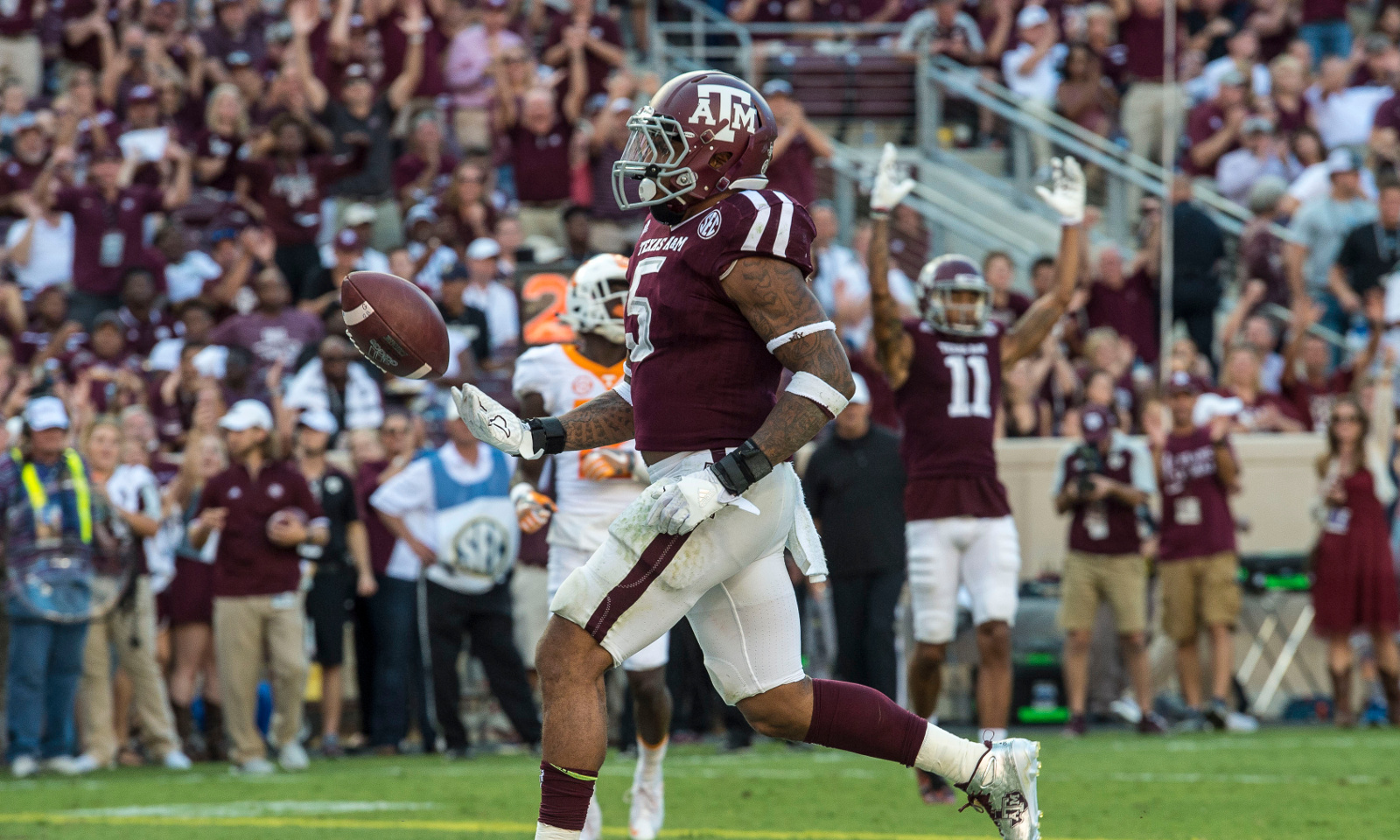 Last time the Aggies of Texas A&M entered the confines of Bryant-Denny stadium, their stay wasn’t as pleasant as they had hoped. The result from the contest was total domination by the Crimson Tide in a 59-0 beat down, which left a mark on the Texas A&M program that is still felt today.

On that day back in 2014, the Aggies rushed only 31 yards– their lowest since 2009 when they had -13 rush yards against Kansas State. Regardless of the playmakers it has on offense, Texas A&M’s loss to Alabama was a teachable moment. The Aggies learned that you can have all the weapons in the passing game, but without a consistent rushing attack your offense can’t make strides.

The hire of Noel Mazzone at offensive coordinator in January has balanced Texas A&M’s offense, while allowing it to stay true to the passing game. Since 2014, the Aggies’ overall production on the ground has improved from 82nd to now 7th nationally. Coach Kevin Sumlin and his staff have worked on creating ways to generate success and it’s starting to pay off, as the Aggies are registering 274.3 rush yards a game.

Despite all the strides made by the Aggies, its rushing performances against the Tide still haven’t been up to par. Over the past two games against the Crimson Tide, Texas A&M has rushed for only 63 yards.

If the Aggies want to get over the hump and defeat Alabama for the first time since 2012, the rushing attack between graduate transfer Trevor Knight and true freshman Trayveon Williams needs to be in full effect.