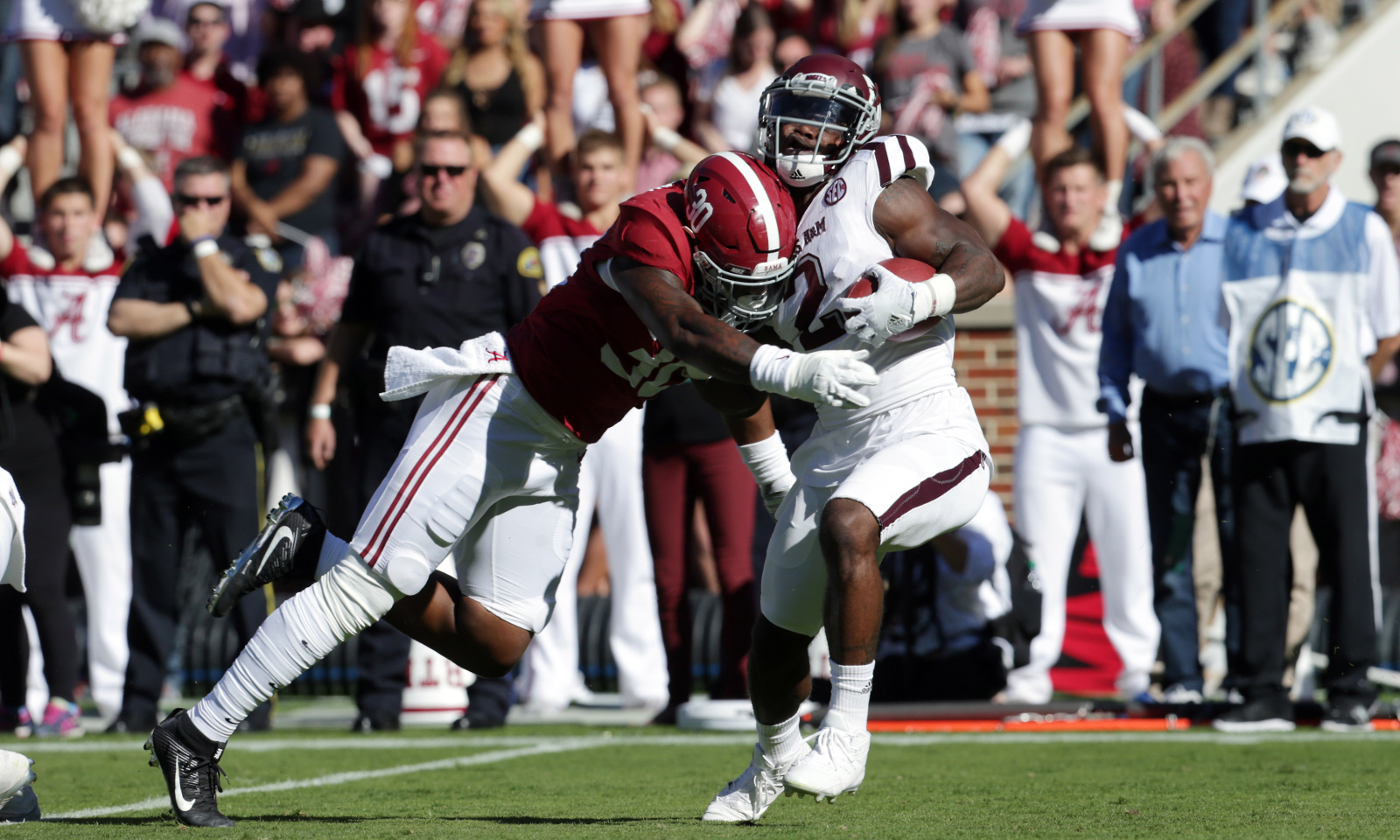 Freshman Mack Wilson was one of the nation’s most coveted linebackers in the 2016 recruiting cycle, and fans of both Alabama and Texas A&M saw the reason behind it. Aggies’ receiver Speedy Noil and safety Justin Evans both need a week in the hot and cold tubs, after taking vicious body shots from Wilson on kick return.

My view of #Alabama LB @iam__mw3o's hit on the kickoff returner. See full highlights & recap on @abc3340 at 10 after the game! #BAMAvsTAMU pic.twitter.com/G6NwN5QURf

Foster’s first two years at Tuscaloosa were full of huge hits, including one on LSU’s running back Leonard Fournette in 2014. He blasted the Tigers’ star on a kick return, giving Alabama momentum in overtime.

Wilson is quickly earning a name for himself and with plays like those he made on Saturday, the Montgomery (Ala.) native could soon earn a starting role on defense.