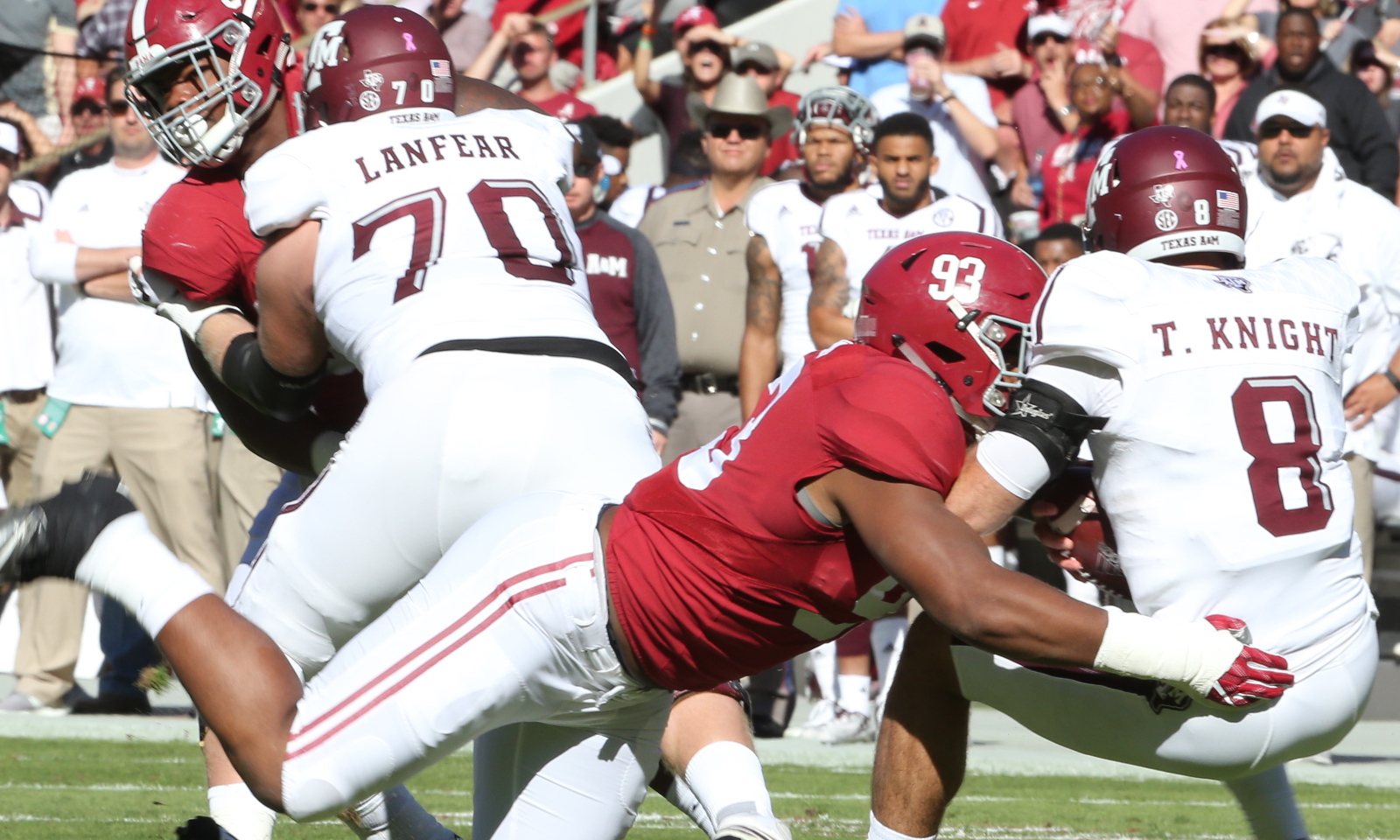 TUSCALOOSA—Trevor Knight could not escape and Alabama fans relished it.

A 291-pound defender isn’t supposed to be fast, but do not explain anything to Jonathan Allen. His superman exploits came on Texas A&M’s first possession. Defensive coordinator Jeremy Pruitt had the Crimson Tide sending a four-man rush on third and 14. At the snap of the ball, Aggies’ left guard Colton Prater was doomed. 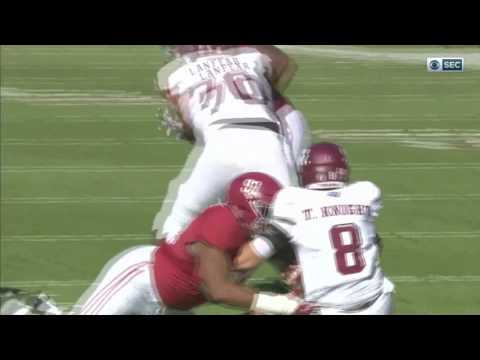 Allen swiped his hands away, and proceeds to attack Knight. He would then hurdle over running back Trayveon Williams (who tried to cut him), while dropping Knight to the ground in mid-air. Abusing an offensive guard did enough to sell NFL scouts, but everything else was icing on the cake. As for the sack that defied the laws of gravity, it gave Allen sole possession of third place in Alabama football history for career sacks.

After dominating much of the first half, Alabama noticed Texas A&M seizing momentum in the third quarter.

Knight’s 25-yard touchdown pass to Christian Kirk gave the Aggies a 14-13 lead. A bone headed mistake from John Chavis’ group (roughing the passer) gave the Tide new life and while its offense took advantage, Allen wanted to give the crowd another reason to celebrate. Ryan Anderson stripped the ball away from running back Keith Ford, allowing Allen to recover it and travel 30 yards for a touchdown. Bryant-Denny Stadium shook when he reached the end zone, as Allen accounted for the team’s 12th non-offensive touchdown. 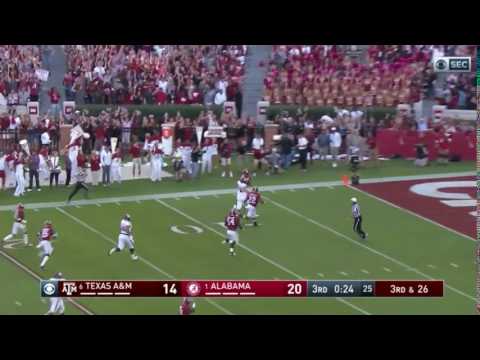 He looks more like a first-round pick after each game and according to Nick Saban, Allen’s fumble recovery for a touchdown changed the momentum of the game for Alabama.

“It was a huge play in the game,” Saban said. “It still was a very close game.”

“We hadn’t really stopped them and it was a long yardage situation in the second half. We had guys coming off the edges and they were running a counter play. We had good edges and someone knocked the ball out. It was a real turning point in the game and those plays are huge.”

The Tide’s streak of non-offensive touchdown has reached an even 10 games, dating back to Cyrus Jones’ 57-yard punt return score against Michigan State in the Goodyear Cotton Bowl.

Cornerback Marlon Humphrey said it’s always a shock to him when the defense scores.

“Just seeing Jonathan Allen run like that and break tackles, he looks like a running back out there,” he said. “It’s definitely good to see that happen and I hope we can keep it going.”

His six total tackles, including one tackle for loss and sack earned Allen defensive player of the week honors from the Southeastern Conference. He also tallied a career-high four quarterback hurries, to pair with his second defensive score of the year. Allen led a defensive front that held Texas A&M to 14 points and 278 yards of offense, both were season-lows for Kevin Sumlin’s unit.