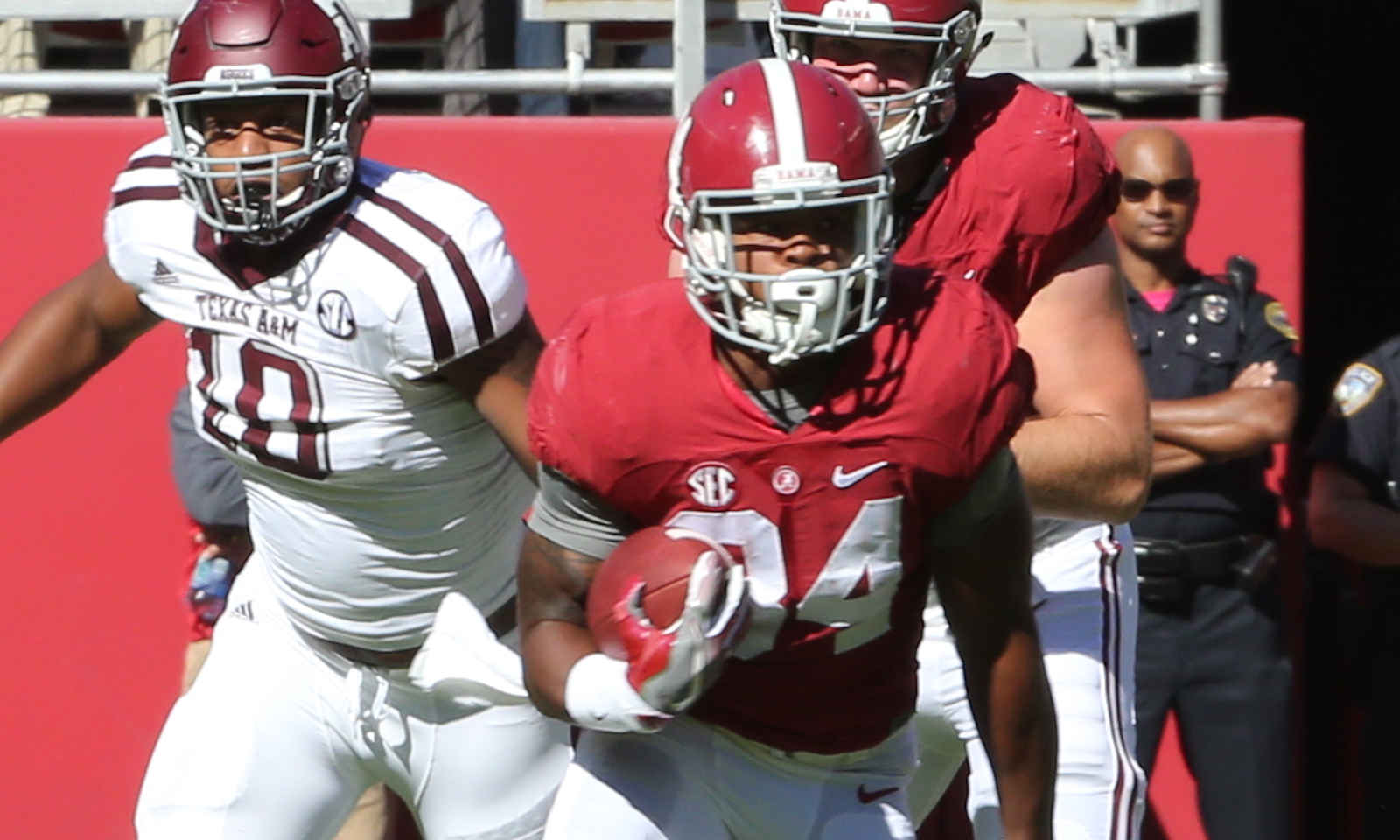 Harris shredded Texas A&M’s defense for a game-high 125 yards rushing on 18 carries. He recorded two 30-yard gainers, while accounting for eight runs that resulted in first downs. The duo of Bozeman and Robinson blocked for 451 total yards, including 287 yards rushing and a touchdown. Bozeman and Robinson paved the way for five yards per rush and 5.5 yards per play. Robinson, who graded out at 89 percent, did not allow a sack or quarterback hurry at left tackle. Both players also blocked for 169 passing yards and two touchdowns.

Allen had a monster game, earning honors for a second straight week.

He posted six total tackles, including one for loss and a sack. He recorded his second defensive touchdown of the year; a 30-yard fumble return in the third quarter—giving Alabama its 12 non-offensive touchdown.

Allen also totaled a career-high four quarterback hurries, moving him to 10 on the season.

Foster led the Tide’s defense with 12 total tackles, which also stood as a game-high. He chimed in with eight solo stops, and anchored a unit that limited the Aggies to 14 points and 278 yards. Humphrey registered his second interception of the season, while adding three tackles, a tackle for loss and a pass breakup to his credit.

The combination of Holcombe and Wilson limited the Aggies to an average of two yards on punt return, while Wilson accounted for two jaw-dropping tackles. Scott booted two punts for 107, averaging 53.5 yards per attempt. His longest punt traveled 60 yards during the contest.