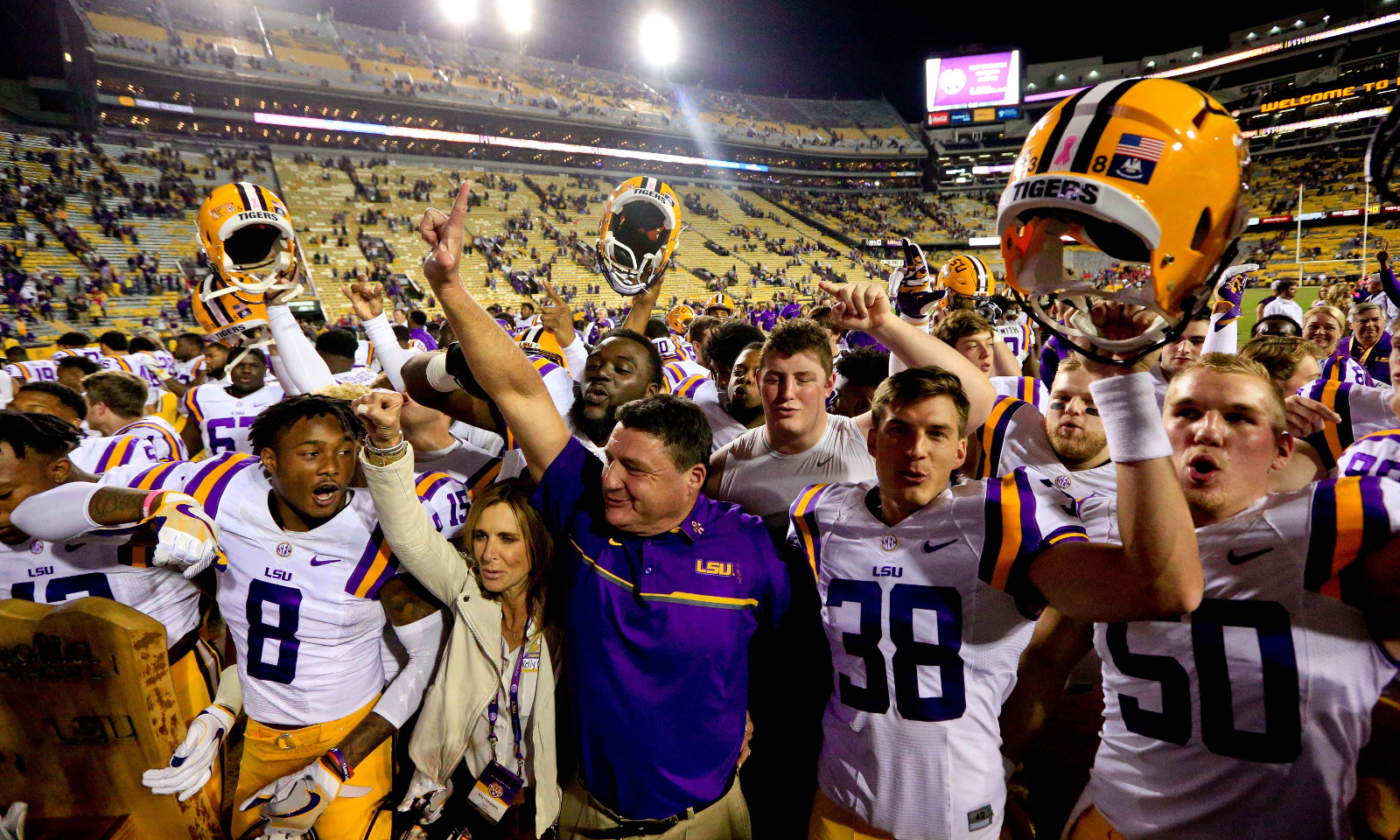 TUSCALOOSA—Ed Orgeron is tired of being put in a box.

He is not satisfied with being a defensive assistant or an interim head coach; he wants to be the ringleader in Death Valley. The 55-year-old made one thing clear in his debut presser as LSU’s interim coach, and that was changes will be made. After pink slipping Cam Cameron and watching Les Miles walk out, one of the best recruiters in the game went to work connecting with fans and generating high energy among the players.

The Tigers have won its last three games (2-2 start), including dropping 40 points against Missouri and Southern Miss. Danny Etling has been stable at quarterback (698 passing yards, four touchdowns, two interceptions) and running back Leonard Fournette is his own brand.

On defense, LSU has stifled opponents. Under the eyes of Dave Aranda, the Tigers have limited opposition to 12.6 points per game while forcing three interceptions in the last three contests. Beating Missouri, Ole Miss and Southern Mississippi is good, however, it doesn’t carry the same magnitude as defeating Alabama.

Despite LSU athletic director Joe Alleva’s lust to hire a big-named offensive mind, Orgeron will have a contract on the table if he upsets the Tide.

Per Ross Dellenger of the Advocate, Oregeron was asked about LSU’s depth and could it stand up to Alabama’s offense. His response was both simple and fiery, “Hell yeah,” he said. He would then pump up his own offense, stating how Ole Miss was able to score 43 on the Crimson Tide. To end it all, extended praise toward Alabama, saying “they are very well-coached, but so are we,” in an article from Jim Kleinpeter of the Times-Picayune.

Regardless of being 5-0 at home this season, the Tigers have struggled against Alabama at Death Valley.

Coach Nick Saban and the Tide have claimed three wins at LSU since 2008, including a 20-13 victory in overtime in 2014. Playing inside Tiger Stadium at night has its perks, but it has not served as a place that destroyed Alabama’s national championship hopes since 2010 (LSU won 24-21).

He’s done well as an interim man at Southern California and at LSU thus far, but Orgeron’s promotion and a second chance to run the show lies in the hands of Saban and the Tide.