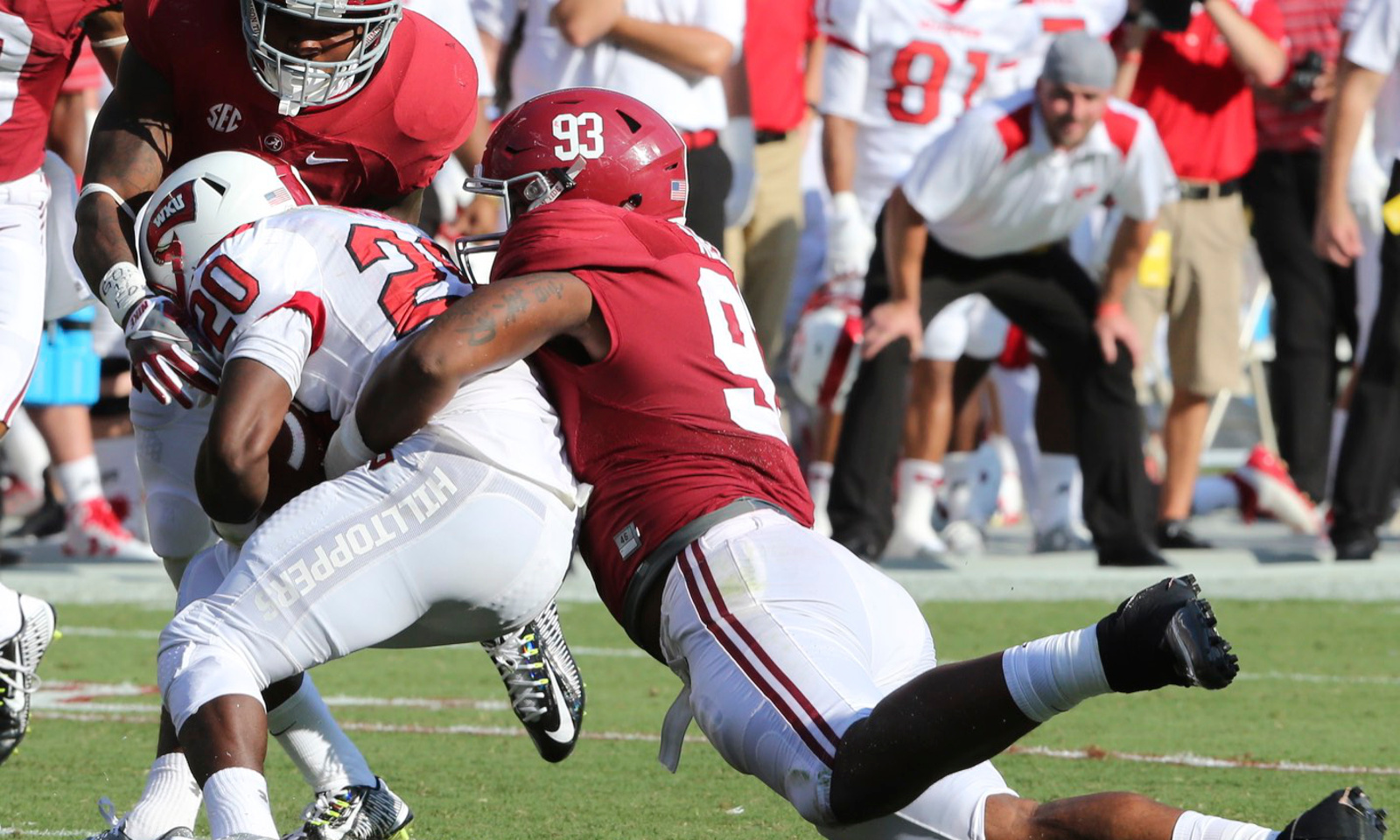 TUSCALOOSA—Alabama’s coaching staff and the Southeastern Conference presented their honors to defensive end Jonathan Allen this week, but on Tuesday, the senior happened to earn one more.

The Pacific Club IMPACT Foundation announced Allen as its Lott IMPACT Trophy Player of the Week, following his monster performance in Alabama’s 33-14 victory over Texas A&M at Bryant-Denny Stadium.

He recorded six total tackles, including one for loss and a sack.

Allen posted a career-high four quarterback hurries, and recorded his second defensive touchdown of the year on a 30-yard fumble return. He captained a defensive front that limit the Aggies to 14 points and 278 yards.

Allen is one of the team leaders in tackles (35), tackles for loss (6.5) and sacks (six), while anchoring the group in quarterback hurries (10) and defensive touchdowns with two. Named after College and Pro Hall of Fame member Ronnie Lott, the Lott IMPACT Trophy is annually presented to college football’s best Defensive IMPACT player. This year’s winner will be announced on Dec. 11 at Newport Beach, Calif.