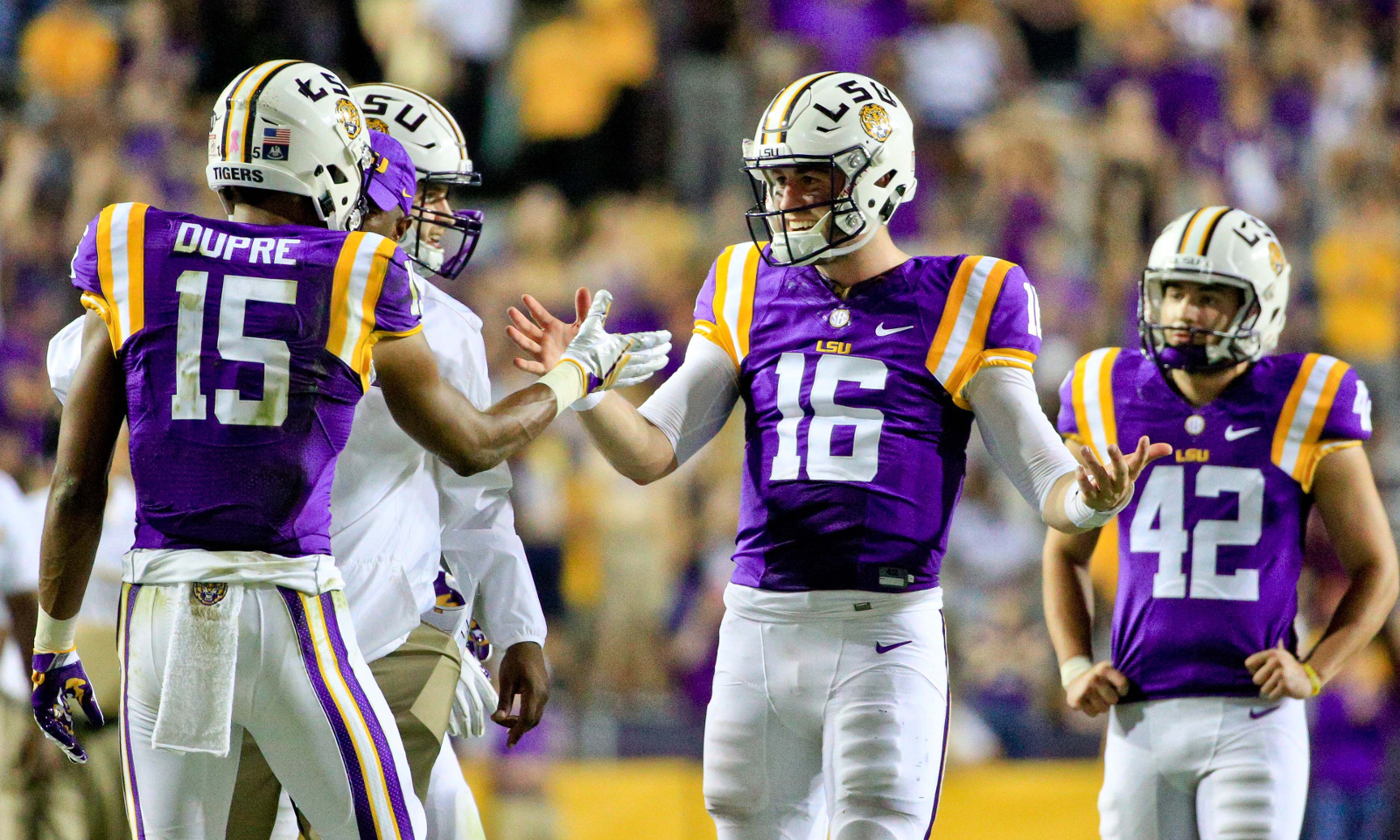 He has yet to record 50 catches or 1,000 receiving yards in a season, despite garnering a five-star rating upon signing in LSU’s 2014 class. Much of the blame for Dupre’s lackluster production is placed on former coaches Les Miles and Cam Cameron and while that is true, there a comes a moment where a five-star has to rise up and perform like one. Prior to the season, the notion from media pundits was Dupre being a first-round pick.

LSU may not like this philosophy, but using Leonard Fournette as a decoy stands as its lone option of keeping the game close. Upon watching film from the Tigers’ battle against Alabama in 2012 BCS national title game, the one thing most found was the Crimson Tide kept LSU’s defense off balance with passes on first down.

Norwood brought in four passes for 78 yards, while Hanks caught five passes for 58 yards in what would be remembered as a 21-0 dominant performance for the Tide over LSU at the Mercdes-Benz Superdome.

Like McCarron, Danny Etling is not a dual threat quarterback. He’s a traditional pocket passer that needs a strong offensive line and receivers to quickly uncover in attacking the football. In three games under Ed Orgeron, Etling has completed 64.1 percent of his throws and tossed for an average of 232 passing yards.

Both stats are in the vicinity of what he needs to beat Alabama, coupled with protecting the ball and not taking costly sacks. Neither Anthony Jennings (transferred) nor Brandon Harris built chemistry with Dupre, but it will be needed for Etling– if the Tigers plan on pulling out an upset and having a contract ready for Orgeron.

He’s posted just three receptions for 37 yards and a touchdown in two meetings against the Tide, though he stands at 6-foot-4 and weighs 195 pounds. Being defended by Marlon Humphrey won’t be easy, however, Dupre must give his quarterback a chance to find him downfield. He was considered both an all-conference and All-American caliber player before the season, and it will take a strong outing this week to reaffirm it.

On Saturday, all eyes will be on the New Orleans (La.) native.