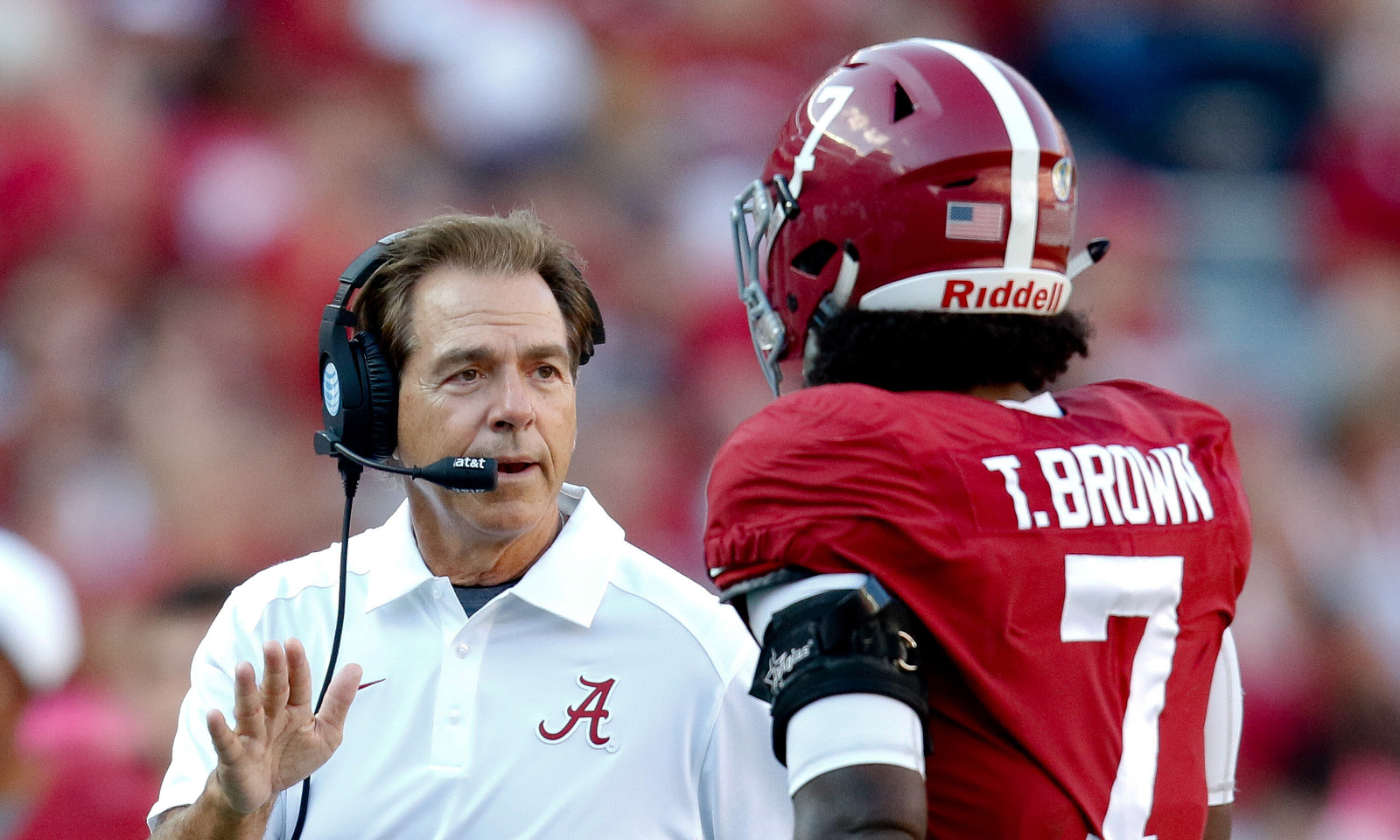 TUSCALOOSA—Unless one is leaving from a Sunday message in which the pastor expresses the term, very rarely does one use “divine intervention” in conversations. Nick Saban is arguably the greatest college football coach of this era, however, his process isn’t the easiest one to follow. Those who buy fully into his words from day one are greeted with love and highly esteemed, while all who buck against it are ripped on social media.

For some, it takes time to mature and defensive back Tony Brown knows it all too well.

Ignorance was never an issue for Brown, in fact, he happens to be one of the more studious players on the team. The hardest transition from high school to college for athletes to grasp is the fact that you won’t be “Mr. Everything.” It was an uphill climb for Brown to accept the revelation, but Saban never shied away from helping him. Even through setbacks, the Alabama football coach kept Brown on the roster. His reason wasn’t based on talent, rather it was geared toward Brown’s improvement as a person. People mature at different rates and when growth is accomplished, the next step is action. In Brown’s case, the following move is redemption.

Having he and Marlon Humphrey on the field together was the goal in 2015, but a superstar freshman from New Jersey (Minkah Fitzpatrick) disrupted the plan. Despite going through his own internal hell, the boomerang of opportunity has circled its way back to the Texas native. It comes at the expense of losing Eddie Jackson, but Brown accepts the challenge of getting a second chance to prove why it was a must to sign him.

Saturday’s match-up against LSU puts everything in full perspective for Brown, as last year’s contest saw him make one of the better tackles of his career. Channeling his inner Reuben Foster, Brown raced downfield and nailed LSU running back Derrius Guice on a kick return. Guice took the worse of the impact, bringing fans at Bryant-Denny Stadium to their feet. Brown’s effort gave Alabama momentum, as it defeated the Tigers 30-16.

Saban has worked Brown in the team’s nickel and dime packages all week. He said the challenge for Brown will be to stay focused on the things that he needs to do in order to do his job well.

“Tony Brown has done a good job for us,” Saban said. “He is working hard and is a really good competitor. He appreciates the opportunity that he has and he wants to make the best of it.”

His teammates have been excited to see him contribute since coming off suspension against Kentucky and now, Brown will be granted an audience to rightfully tell his story as a Tide defender.