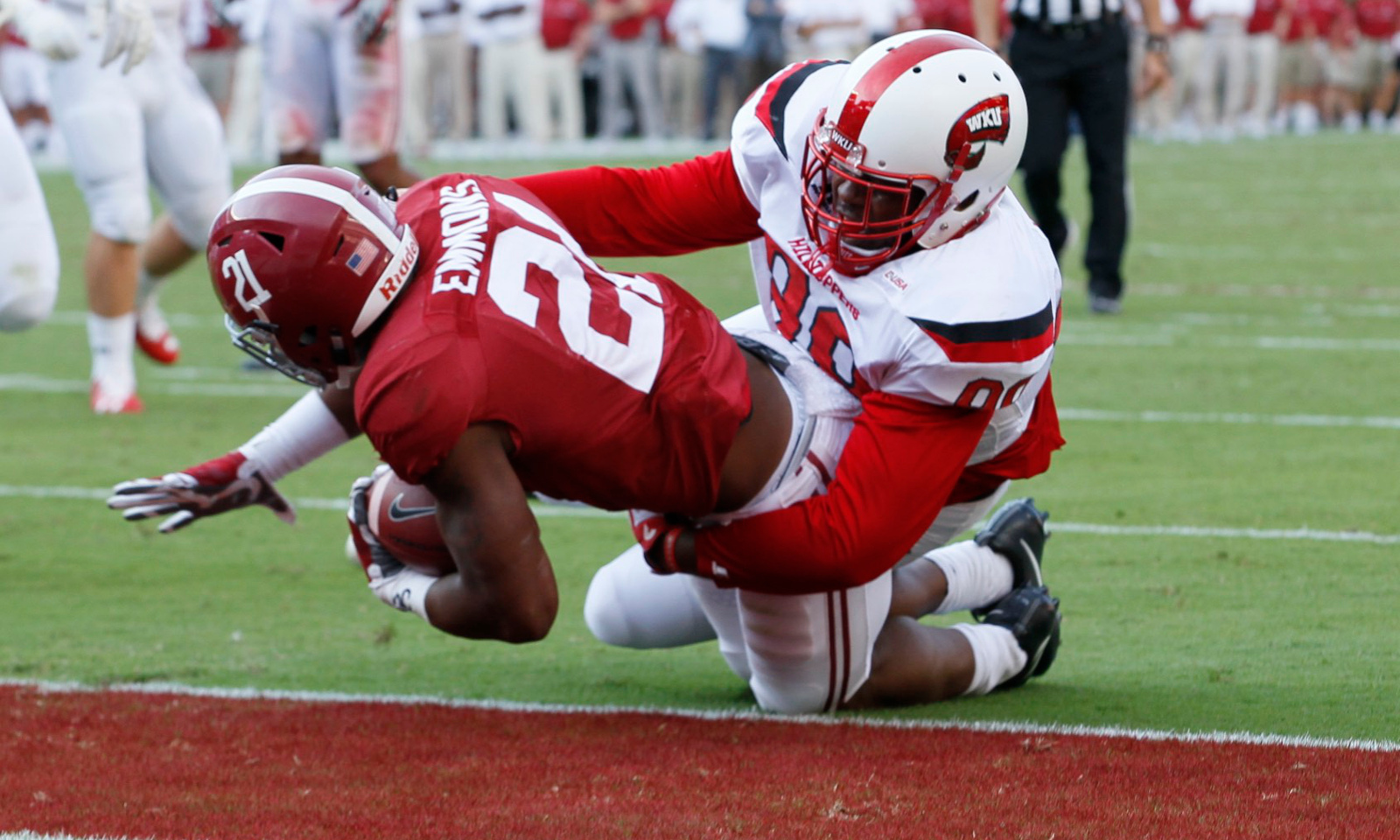 TUSCALOOSA—While Alabama prepares for its 81st meeting against LSU, head coach Nick Saban took his Wednesday presser to report on a trio of injuries. The biggest mishap occured to freshman running back B.J. Emmons. Emmons, a four-star prospect, has totaled 173 rushing yards and a touchdown on 35 carries.

“B.J. Emmons sprained his foot. He is out indefinitely,” Saban said.

He’ missed the last two games, since suffering an injury against Arkansas.

“He is at practice but he’s not able to do a whole lot, until he feels like he doesn’t have any issues relative to being able to do a little activity,” Saban said on Taylor.

Taylor has participated throughout individual drills and will be monitored by the medical staff, until he is cleared to play. Lester Cotton will start his third game at right guard on Saturday against the Tigers.