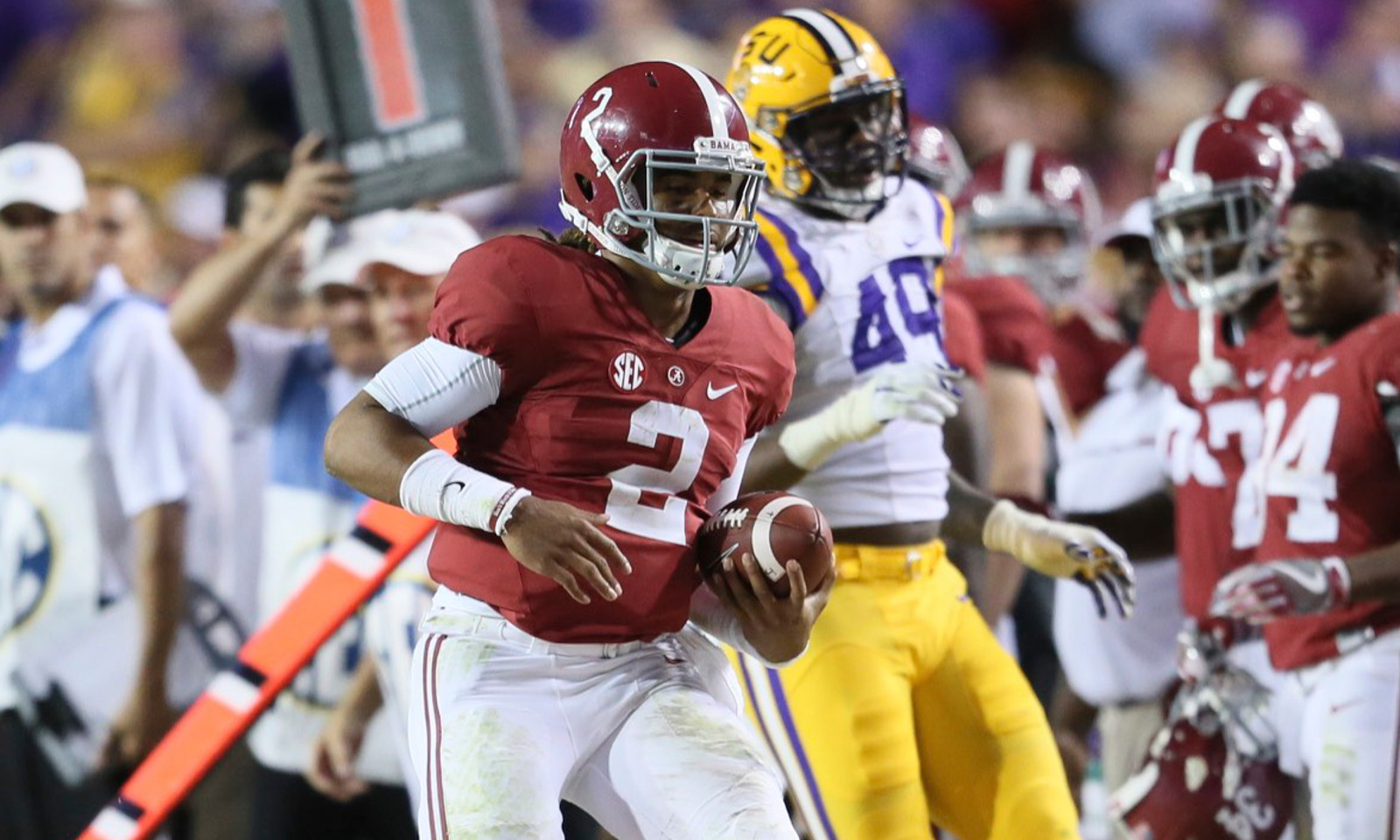 TUSCALOOSA—Despite 11 turnovers, Alabama’s Jalen Hurts has exceeded expectations for the Crimson Tide’s 2016 group under head coach Nick Saban. On Thursday, the Davey O’Brien National Selection Committee announced Hurts as one of its 18 semifinalists for the Davey O’Brien Quarterback Award.

Named after the first quarterback to win both the Heisman Trophy and Maxwell Award in the same year (Davey O’Brien, 1938), the honor is presented to college football’s best signal caller. Hurts, a true freshman, has displayed tremendous composure since earning the starting job in week two of the season. He’s compiled 1,685 passing yards, 635 rushing yards and 22 total touchdowns, while posting a 138.18 passer rating.

The Channelview, Texas native has recorded three 100-yard rushing performances, including one last week in a 10-0 win over LSU at Tiger Stadium. He totaled 114 yards rushing on 20 carries, with a 21-yard touchdown that broke a scoreless tie in the fourth quarter. Three finalists for the Davey O’Brien award will be named on Nov. 22, and a winner will be announced on Dec. 8 at the Home Depot College Football Awards Show in Atlanta.