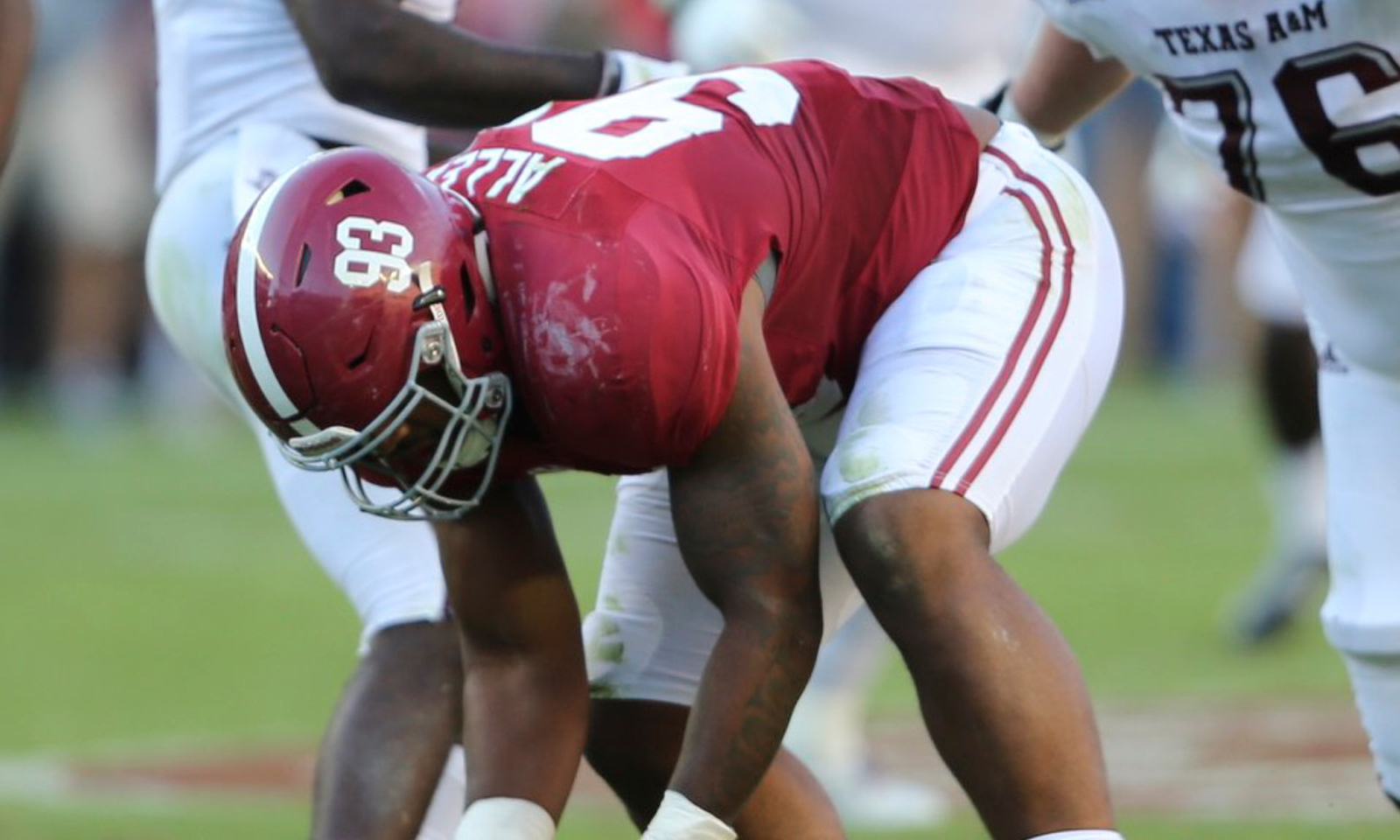 TUSCALOOSA—The senior defensive end is having an incredible season, and one in which the Pacific Club IMPACT Foundation has taken notice of. Alabama’s Jonathan Allen was named as one of 10 semifinalist for the Lott IMPACT Trophy on Thursday, according to the Pacific Club.

Allen, a native of Leesburg, Va., is one of the leaders on a stellar defensive front this season.

His seven sacks are tied for the team lead, while being ranked fifth in the Southeastern Conference. Allen is also among the team’s leaders in tackles (38), tackles for loss (7.5) and defensive touchdowns (two), while leading the bunch in quarterback hurries with 11. He finished with three tackles, including one for loss and a sack in the Crimson Tide’s 10-0 victory over Louisiana State University. Opponents have managed to total just 13.2 points, 66 rushing yards and 257.8 total yards offensively against Allen and Alabama through nine games.