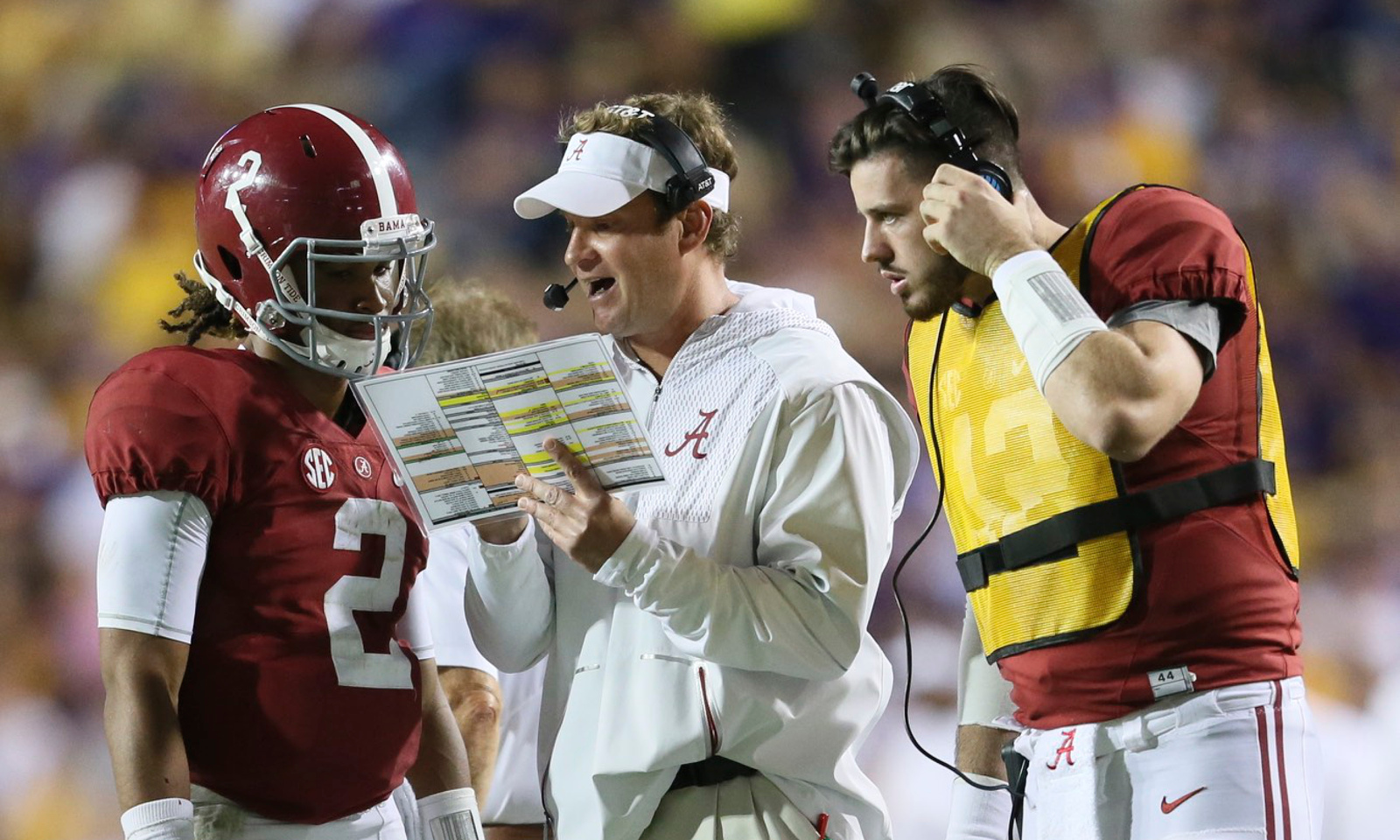 Regardless of preseason rankings and how teams perform during the early months of college football, the gridiron game doesn’t take on true meaning until late in the year. Alabama coach Nick Saban is pushing for his fifth Southeastern Conference title with the team and a chance to participate in the College Football Playoff for a third straight time.

A solid run game and a tenacious defense has the Tide at 9-0, but its passing attack is lagging behind.

After showing flashes of strong arm talent earlier this season, true freshman quarterback Jalen Hurts has struggled to accurately target wide receivers in stride. Though he’s accounted for 22 total touchdowns, Hurts’ six interceptions have resulted from either pressure or miscommunication between he and the receivers.

Evidence of this became more obvious against LSU last week, as he recorded just 107 passing yards (10 of 19 completions) with an interception. Saban mentioned Hurts’ improvement this week in practice, however, he knows that LSU’s defense did not allow the effort to be shown. He said this week’s focus is trying to get the freshman to be a “little more complete and to be an all-around solid quarterback.”

“Sometimes it’s tough for guys who are good at running as quarterbacks to become complete players because they know they can always take off,” Saban said on Wednesday.

Wide outs ArDarius Stewart and Calvin Ridley have both been productive, but Saban wants to get more skill players involved. Upon ending the 2015 season with a bang, O.J. Howard has returned to modest numbers.

Gehrig Dieter was a 1,000-yard target at Bowling Green, yet he hasn’t cracked 200 yards for Alabama. While Robert Foster and Cam Sims are trying to find ways to be involved, it all starts with Hurts being accurate with his arm and Lane Kiffin putting him in situations to have success. Alabama may win the SEC relying on its run game and defense, but in facing teams like Michigan, Washington or Clemson (should all make playoff)– balance will be pivotal. It looks to explore the passing game more this week against Mississippi State.