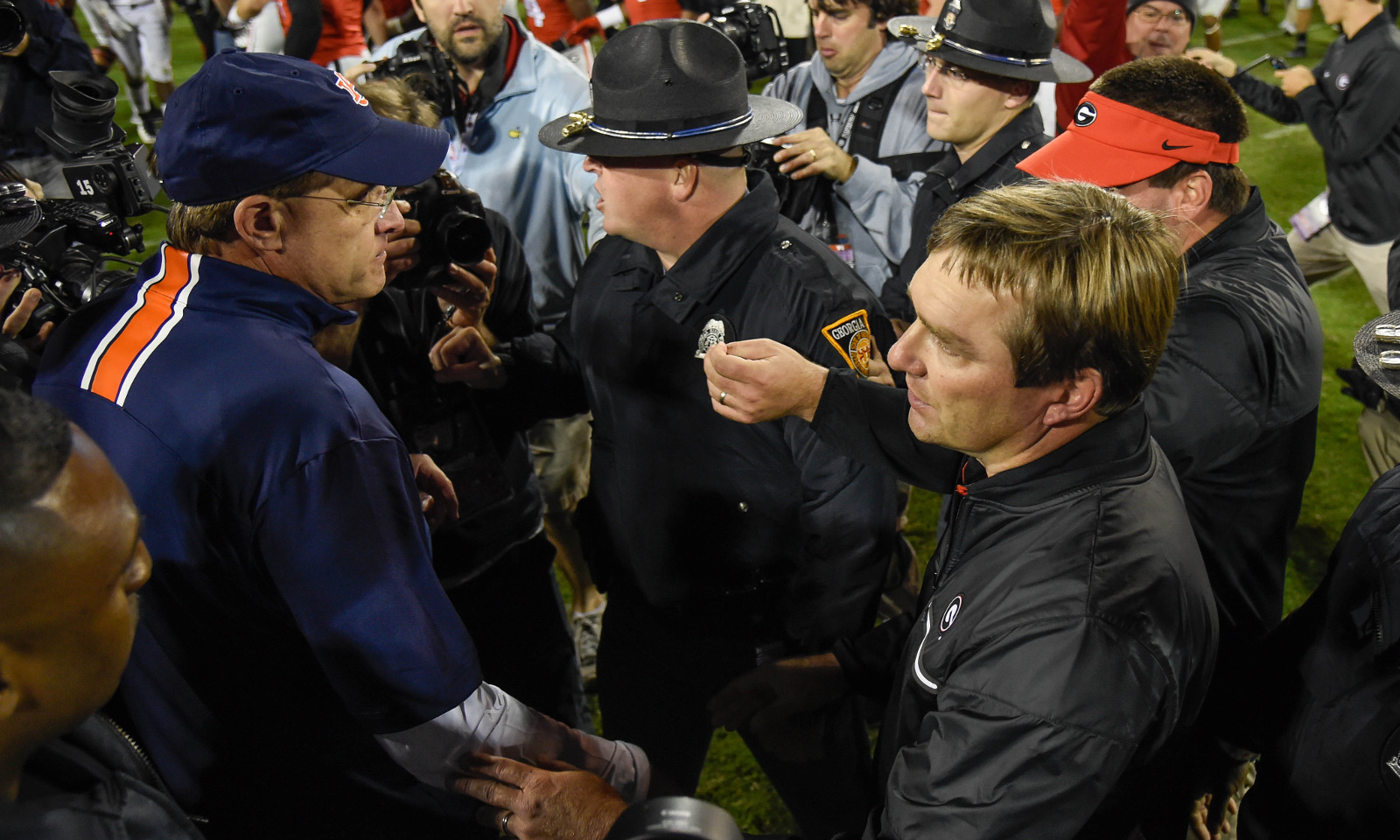 Let’s all hear it for Kirby Smart and Maurice Smith.

After winning a national title with Nick Saban in 2015, the two delivered their former boss the best gift for this season—complete leverage in the Southeastern Conference. Smart and the Georgia Bulldogs faced an Auburn team that carried a six-game win streak into Saturday’s contest. A victory for the Tigers would have set up a winner take all match-up for the SEC West in the Iron Bowl, however, one play negated the possible dream.

Now, enter Smith into the conversation. The manner in which he left Alabama drew much scrutiny in the offseason, but Smith’s 34-yard interception return for a touchdown should return him to good graces with the Tide faithful. His efforts tied the game at 7 in the second half, and Georgia won the contest by a score of 13-7.

Auburn now has two conference losses and despite the Iron Bowl being a pivotal game, no consequence will result if Alabama falls. Even with that mentioned, Saban is never going to move beyond one game at a time.

His focus is locked on Chattanooga, but Tide fans can sleep well knowing that its tickets for the SEC title game are secured. For a third straight year and the sixth time under Saban, Alabama captures an SEC West crown.