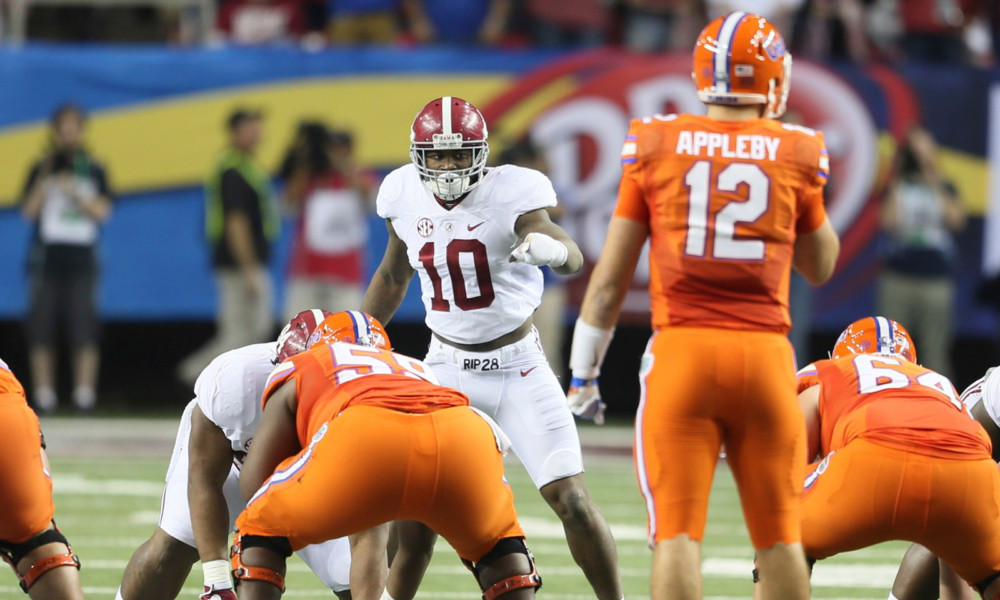 TUSCALOOSA, Ala.– The biggest joys come from small sacrifices and for Reuben Foster, he recognized it on Saturday night once the smoke after earning a 54-16 win at the Georgia Dome in Atlanta.

After spurning Auburn fans with his decision in 2013 and battling injuries, Foster is now the epitome of an Alabama linebacker. A battle-tested missile, he was awarded most valuable player for his efforts against Florida in the 25th anniversary of the Southeastern Conference Championship Game.

Foster led the Crimson Tide with 11 total tackles, including 2.5 for loss and two sacks.

He made Florida’s run game a non-factor, as it failed to muster up a yard on 30 carries. His constant pressure resulted in quarterback Austin Appleby tossing three interceptions, including one returned for a 44-yard touchdown (Minkah Fitzpatrick). Foster’s 11 tackles move him to 93 on the season, while his two sacks gave him a career-high of four during his tenure. Behind the Auburn (Ala.) native, Alabama secured its third straight conference championship, fifth under head coach Nick Saban and 26th in program history.