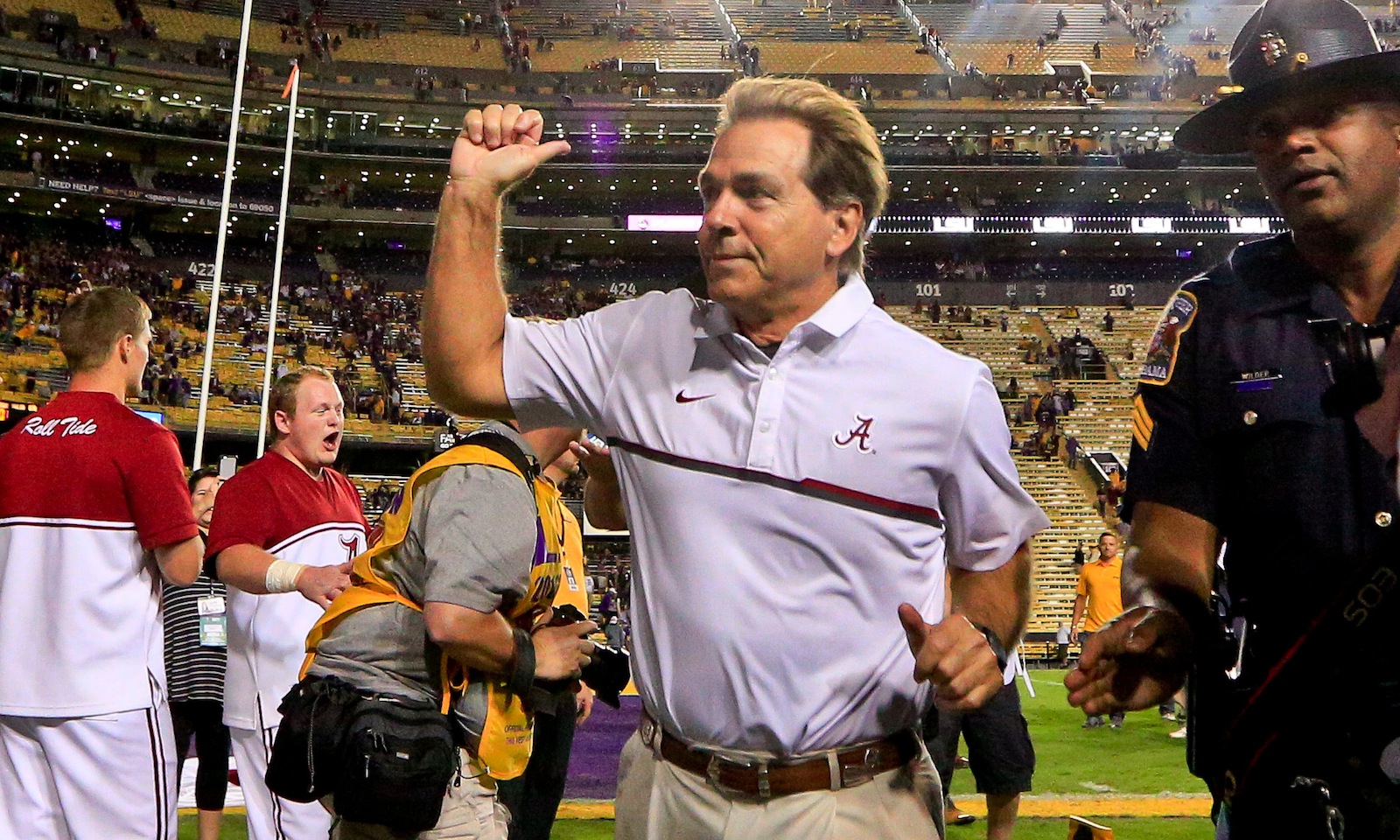 TUSCALOOSA, Ala.– It’s the third head coaching award that Alabama’s Nick Saban is a finalist for, as the Maxwell Club Foundation named him a nominee for the George Munger Coach of the Year Award on Monday.

Saban, 65, is also a finalist for the Eddie Robinson Coach of the Year and American Football Coaches Association Coach of the Year honors. Joining him as finalists are: P.J. Fleck of Western Michigan and Mike MacIntyre of Colorado. In his 10th season with the Crimson Tide, Saban has coached the team to a 13-0 record, a Southeastern Conference championship and the No. 1 seed in the College Football Playoff.

During his tenure, Alabama has turned in nine 10-win seasons since 2008.

Saban has guided this program to the nation’s longest winning streak, which is 25 games.

The Munger Award winner announcement will be made Dec. 29, and the award will be presented at the 80th Maxwell Awards Gala, which will be held on March 10, 2017 in Atlantic City, N.J.