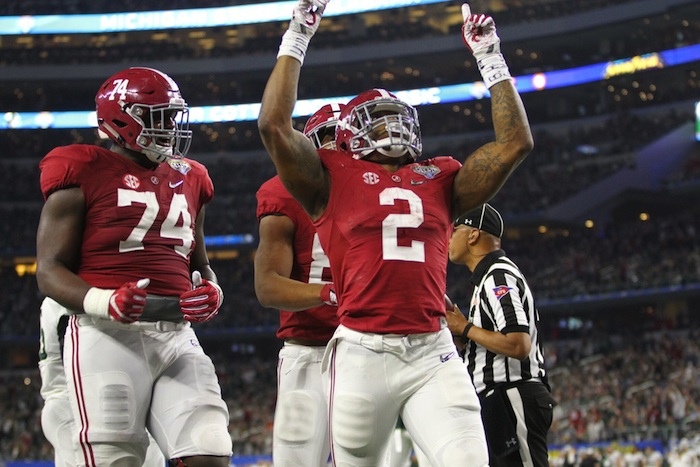 TUSCALOOSA, Ala.– This week has the makings of one going on tour with the Jackson five, the Kennedy’s or U2; however, in this sense it will encompass everything Crimson Tide football at Tuscaloosa, Ala.

Alabama head coach Nick Saban is scheduled to run his 11th A-Day game at Bryant-Denny Stadium on Saturday at 2 p.m. (CT), since arriving at the program in 2007. With ESPN airing the exhibition and final practice workout of the spring, much excitement is in the air heading into the 2017 fall season.

Cooper earned the Biletnikoff Award in 2014, following a year in which he totaled 124 receptions for 1,727 receiving yards and 16 touchdowns. Both Smith and Robinson were All-Americans at left tackle, while Robinson and Allen were unanimous All-Americans in 2016. As for Upshaw, he was a member on Saban’s first national championship team at Alabama in 2009 and would captain the Tide to another championship in 2011.

During his senior season, he collected 18 tackles for loss, 9.5 sacks and 10 quarterback hurries.