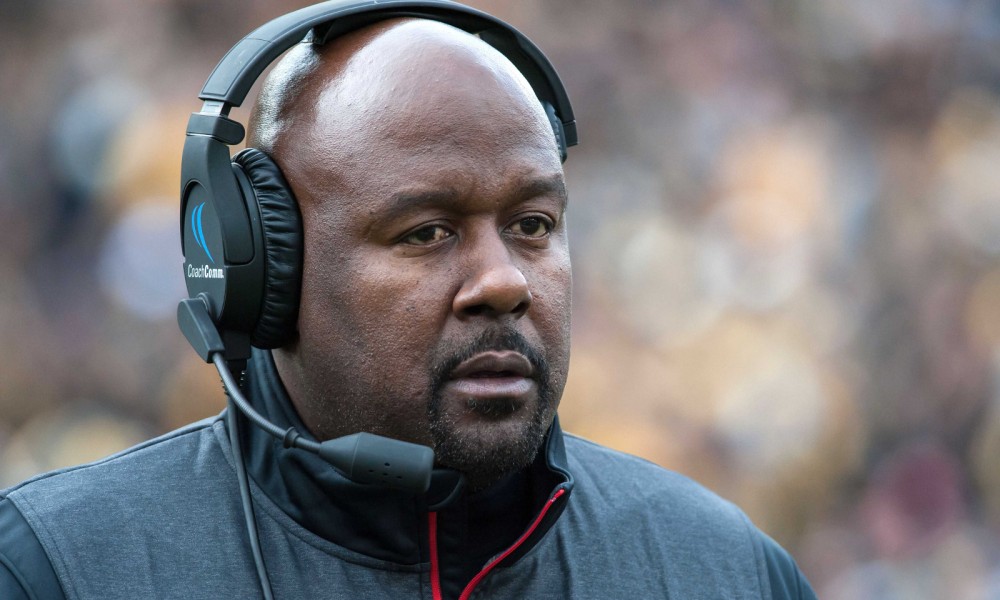 Alabama has yet to encounter an issue with churning out marquee statisitics at the wide receiver position; however, this upcoming season has the makings of producing a few guys that can record a high volume of receptions. Before accepting an offensive coordinator position at Arizona State University, Billy Napier was the Crimson Tide’s offensive analyst and wide receivers coach from 2011-16.

After being promoted to on-field assistant before the 2017 College Football Playoff national title game, Michael Locksley took his first steps into “The Process” by running Alabama’s fourth quarter program with strength coach Scott Cochran. His 20-plus years of offensive experience was good enough to help Arrelious Bend (Illinois) and Stephon Diggs (Maryland) make to the National Football League, but per sources it’s Locksley’s demeanor that’s brought him respect.

“He’s on top of everything when it comes to receivers,” the source said on Locksley.

“He sugarcoats nothing. Locksley keeps it honest and the players identify with him. He’s very knowledgeable about the game and goes about everything in a professional manner.”

Alabama WR Robert Foster is expected to finally have his year.

While the players consider him to be inspirational, Locksley continues to teach this receiving corps on toughness and work ethic. The challenge he’s presented is starting to pay off, as the Tide’s perimeter monsters turned in two good scrimmages. Both sophomore T.J. Simmons and five-star freshman Jerry Jeudy recorded touchdown catches a week ago. As for Ridley, the five-star and All-American led the unit with eight receptions – three scores – during the team’s first scrimmage. Even Robert Foster is starting to develop more consistency.

“Locksley and (Brian) Daboll have raised the bar,” the source said. “Both are incredible.”

Like head coach Nick Saban, Locksley is concerned about the full student-athlete.

He desires for this receiving unit to have strong moral values and in doing so, he posted a photo via Twitter on Sunday with him and some of the Tide’s wide outs after stirring church service. With A-Day scheduled for Saturday, Locksley intends to create a lot of frustration for defensive backs as he constantly prepares this bunch for the 2017 season.

Was great having a few of the fellas get up early and give praise and thanks!! Happy Easter all! pic.twitter.com/pmofE4fI7M