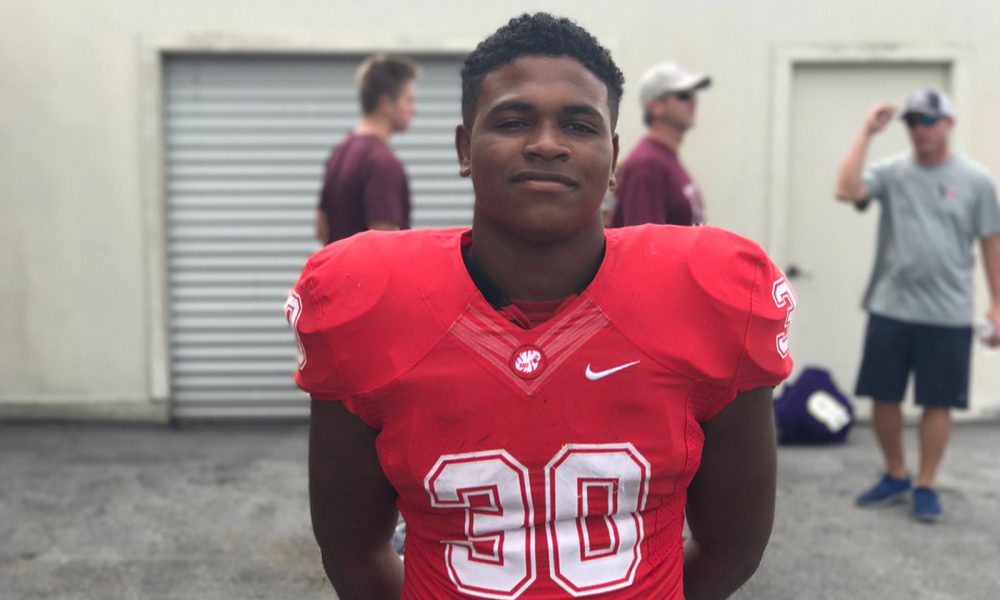 TUSCALOOSA, Ala.– Alabama coach Nick Saban continues his search for recruits in the Crimson Tide’s 2019 signing class, as he offered running back Deondrick Glass. Glass announced his appreciation for the offer via Twitter on Friday.

Honored and blessed to have
received an offer from the University of Alabama pic.twitter.com/KWp50kcSDo

Deondrick Glass does not have a star rating on either either 247Sports or ESPN; however, Scout.com does has ranked him as a four-star prospect. He is currently enrolled in Katy (Texas) High School and is a true talent.

Producing high quality athletes is not new for this institution, seeing how Katy has placed numerous backs into DI programs. The 5-foot-11, 190-pounder possess a lot of speed and it shows as he is able to break away from pursuing defenders and break off long runs. A couple more pounds could make him a great fit for the Tide.

His ability to run and absorb contact from defenders will be very valuable for a running back that intends on playing in the Southeastern Conference. His running style is very similar to former Alabama backs Trent Richardson and Mark Ingram.

He keeps a low pad level, while displaying incredible power and leg drive. Glass currently has 13 offers in all, but it can be expected that more teams will begin to offer — due to his talents and size at the position.

Arkansas, Tennessee, and Texas A&M has all offered. There does not seem to be any front runner in his recruiting process, and all doors are open for any team to step in and take this recruit’s interest.