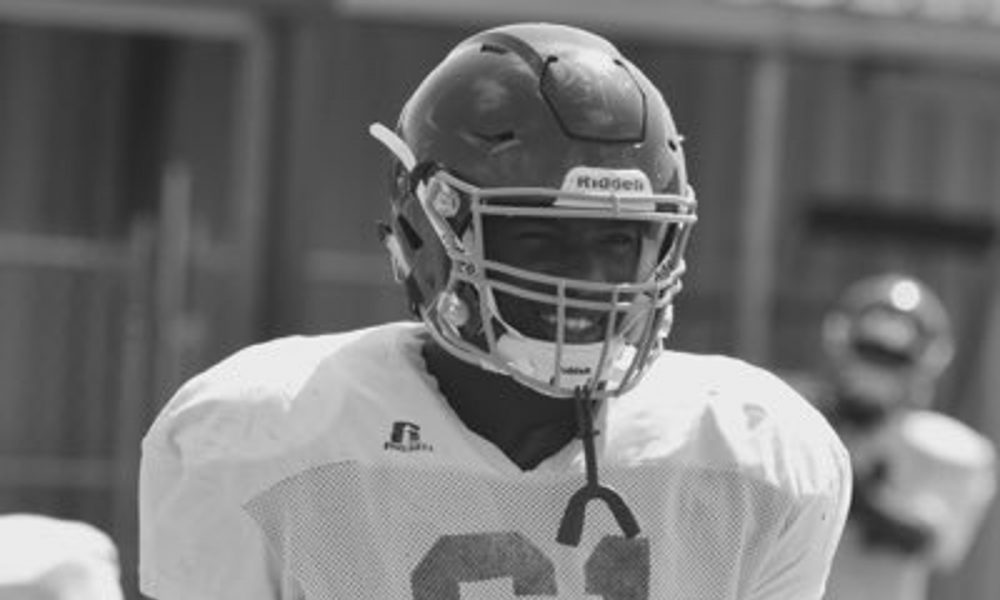 Alabama football goes to its front line with this offer for the 2018 recruiting class, as head coach Nick Saban and company offered offensive lineman Cameron Wire on Friday. Wire, a three-star recruit per 247Sports Composite, Rivals and Scout recruiting networks, shared his excitement on Twitter after receiving the offer.

Extremely excite to receive an offer from the university of Alabama ?? #RollTide pic.twitter.com/dbmAegCBEf

Wire runs a 5.69 in the 40-yard dash per ESPN, and is the 16th ranked player in the state of Louisiana. He imposes his massive size (6-6/260) on high school defenders and displays sound technique. His speed flashes on highlight film as he is able to run and make pivotal down field blocks.

Several teams across the nation have taken notice of this special talent as he currently has 37 offers.

Cameron, like former LSU star Glenn Dorsey, is a product of East Ascension High School. Cam Robinson, a native of Monroe, La., chose the Tide over LSU and was selected in the second round of the NFL Draft.

Fellow SEC schools Florida, Tennessee, Auburn, Mississippi State, Ole Miss and LSU has also offered Wire. Nick Saban has once again stuck his nose in Louisiana and plans to pull out a gem like he has done so many times in the past with players like Landon Collins, Tim Williams, Eddie Lacy, Kenny Bell and Hootie Jones.

This could become a very close battle between Alabama and LSU for the services of Cameron Wire. It is not unfamiliar territory for the tide’s recruiting staff and should be interesting ride. As Alabama begins to offer more players to reach their 22 player goal for the recruiting class of 2018; one can believe that their definitely moving in the right direction to get in the conversation for having the best recruiting class like they have done many times in the past.