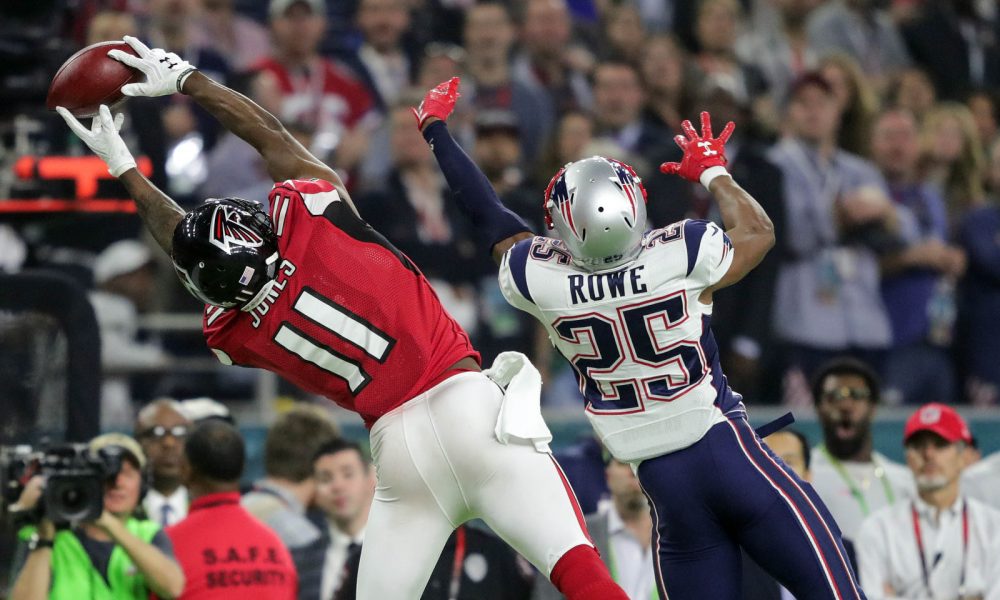 Julio Jones is unarguably the best wide receiver in the National Football League. After landing at No. 8 in 2016, his peers voted him the top-ranked target in Monday’s airing of the NFL’s Top 100 Players of 2017.

He chimed in as a top five player overall, coming in at No. 3.

A former All-American stud and BCS national champion at the University of Alabama, Jones is coming off his fourth 1,000-yard season in Atlanta. He posted 1,409 yards receiving with six touchdowns on 83 catches, while guiding the Falcons to Super Bowl 51. During the 2016 playoffs, the 6’4″ specimen reeled in 19 catches for 334 yards and three scores – including a multi-touchdown performance versus the Green Bay Packers.

Jones was the fifth ex- Tide standout voted on the list. Listed below are the other four.