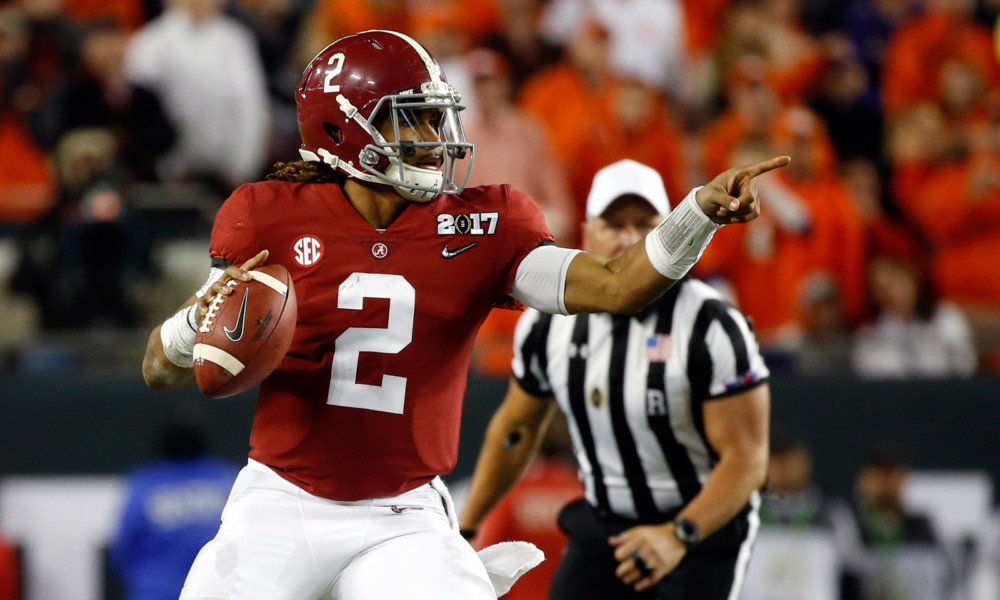 Contrary to his struggles in the passing game versus Clemson, the University of Alabama would have never been in a championship situation if not for a determined true freshman. Behind Jalen Hurts at quarterback, the Crimson Tide obtained its third straight Southeastern Conference championship and came just six seconds from earning its second College Football Playoff national title of this era. Now a sophomore, the SEC’s reigning Offensive Player of the Year anticipates not only getting back to the grand stage but to finish the job the next time around.

Whether he worked out or came primarily as a camp counselor, reports have been swirling on how impressed the Manning family – Archie, Peyton and Eli – was in the 6’2″ signal caller throughout the Manning Passing Academy in Louisiana on last week. True freshmen Tua Tagovailoa and Mac Jones had some increased reps while Hurts was away, but per sources, the biggest difference with the native Texan is not on the field.

“The team has bought into Jalen even more,” sources said. “He had to learn some of his leadership on the fly last season, which made him nervous in some games. He’s definitely grown and matured more this offseason. Guys really respect him and feel like they can come to him.”

A 30-yard run in the fourth quarter brought Tide fans to their feet, despite being inside a cold Raymond James Stadium in Tampa, Fla. He had no control over the final outcome, which provides even more of a reason why Hurts is pushing for two postseason games in Atlanta. No grudge appears to be in place for him since the loss; however, the press could tell something different about Hurts in his interview after a 300-yard passing outing in the spring game. When asked about the screensaver on his phone, he said “it’s a constant reminder.” 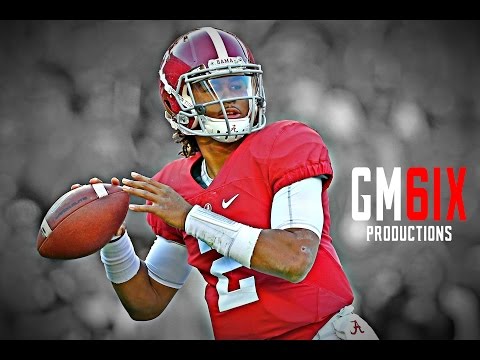 “Everybody is on their phones,” Hurts said.

“When I unlock mine, I see it. It kind of humbles me and keeps me motivated. It’s not a grudge at all, but it’s something that keeps on the back of your shoulder. You know it is still there. It’s about remembering why you are here, why you are doing this and the goal for this team, which is to win a national championship.”

The screensaver in question is Clemson holding the CFP Trophy.

Hurts’ work ethic during the offseason so far and leadership among his teammates has Alabama very confident going into the fall. Excluding its 2017 season opener with Florida State, the Tide will host Ole Miss, Arkansas (homecoming), Tennessee and LSU at Bryant-Denny Stadium.

He managed to turn in 2,780 passing yards, 954 rushing yards and a school-record 36 total touchdowns in 2016, but with a doable schedule and a fresh-minded offensive coordinator, next season could potentially be a national championship and Heisman-winning year for Hurts.