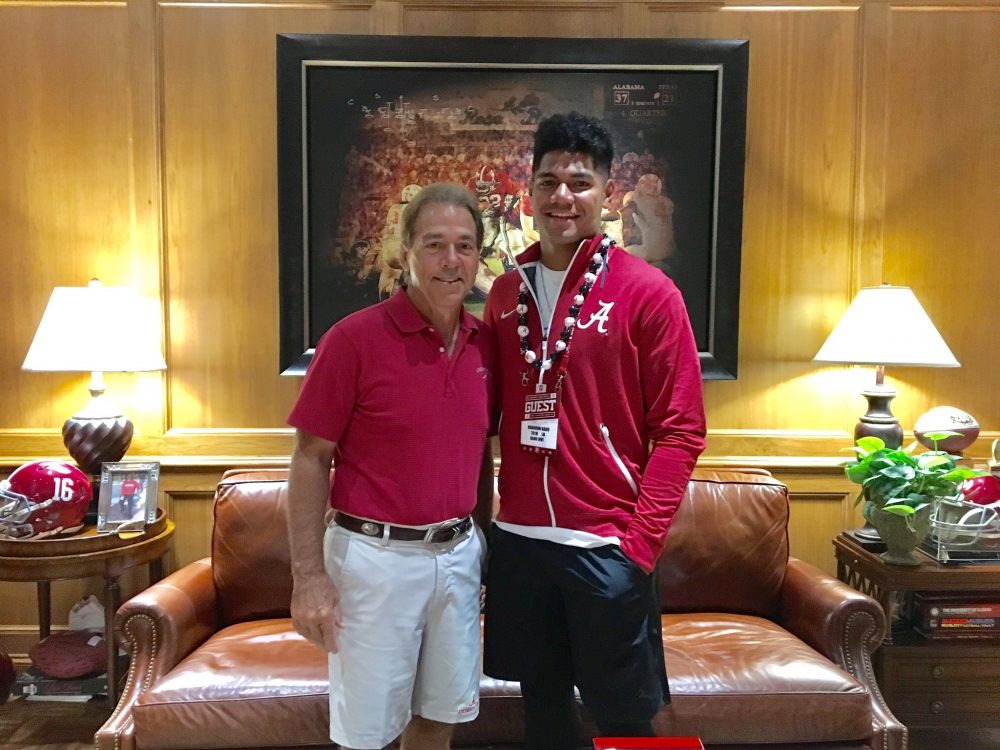 BYU commit, Brandon Kaho, picked up an offer from Alabama on today. He shared  his excitement for the offer via Twitter.

Honored to receive an offer from the university of Alabama‼️🐘#RollTide #GloryToGod #775 pic.twitter.com/KSv5JCsqB8

Kaho is an inside linebacker in the 2018 recruiting class. He garners a 4 star rating by 247 Sports and is ranked as the No. 4 player in the state of Nevada.

The 6’2″ 232-pounder is an outstanding athlete. He is able to play sideline to sideline making it very hard for opposing offenses. This is one of those guys that seems to be every where on the field all at once.

He clocked a 4.68 in the 40. The speed that he possess shows on the field when he lines up in the back field. The Nevada native could possibly play both sides of the ball at the next level. It will be a waste of his talents to just have him line up at linebacker.

His performance at Nick Saban Football Camp this week proved that he deserved an offer from The Crimson Tide. Nick Saban and company has produced some great linebackers over the last decade. Kaho could come to Tuscaloosa and join a linebacker Corp that is predicted to be very good for the next couple of years.

BYU was able to grab this commit off the board, but it still did not stop him from receiving other offers. Alabama has already flipped one commit in the 2018 recruiting class and a flip by Kaho would be massive for an Alabama team that has had a slow recruiting process so far.