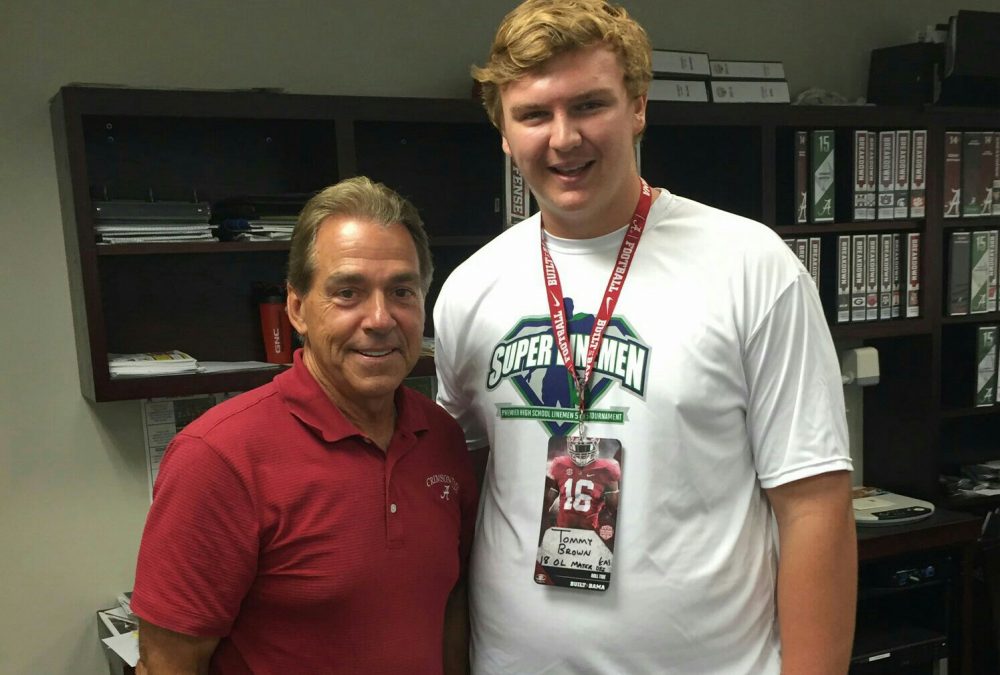 Alabama has landed one of the top offensive linemen in the 2018 recruiting class. Tommy Brown announced his decision to commit to Alabama on today via Twitter.

Alabama was chosen over SEC schools Auburn, Florida, Vanderbilt and Mississippi State. California and UCLA were also in the mix for Brown.

He is a 4 star recruit according to most recruiting outlets. The California native will be an excellent addition to Alabama’s 2018 recruiting class. His ability to seal block defensive ends to open up lanes for outside runs are remarkable.

I'm excited to announce that I just got off the phone with my Father's alma mater and received an offer from the University of Alabama! #RTR pic.twitter.com/HKfezU3he6

Vince Brown, Tommy Brown’s father, threw shot put for The University of Alabama’s Track & Field team. Tommy will follow in his dad’s footprints and grace The Capstone with his presence on next Fall.

Brown does not stop after he blocks one man, but he continues to move onto the next level to make down field blocks. This skill will be very helpful to an Alabama offensive line that has lead the way for two Heisman winners.

There have been plenty of Alabama offensive lineman that have started or got early playing time during their freshman year at Alabama. Brown could get involved early if he comes in and proves that he is ready to play at the next level.

Alabama’s 2018 recruiting class has added its 7th player overall. They currently have a total of six 4-star recruits. The chances of them landing a top 5 class has been greatly improved with Brown’s commitment.