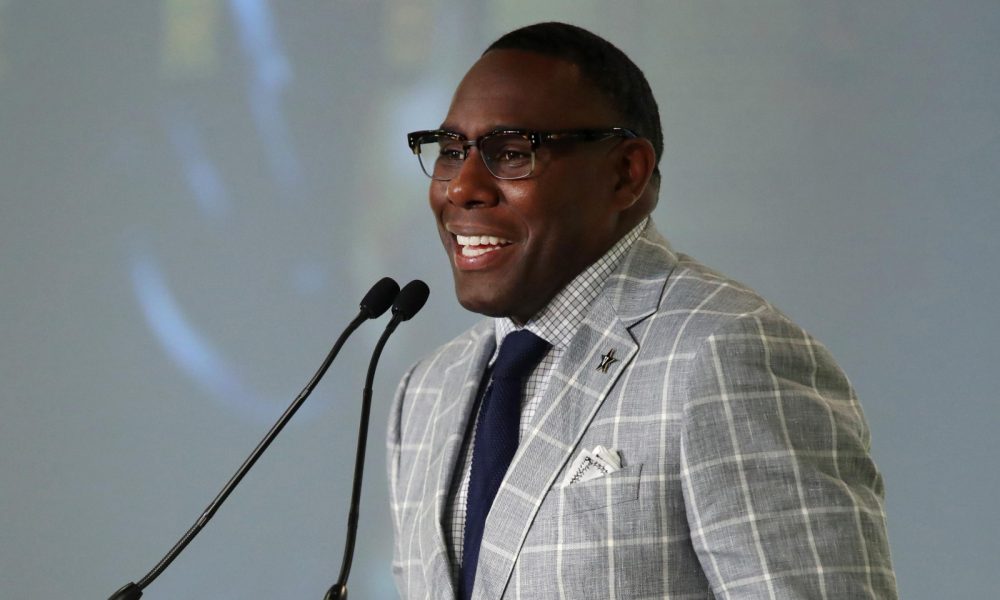 The question that was asked throughout Southeastern Conference media days was who could challenge the University of Alabama football program this upcoming season. And while a resounding “nobody” came from the majority of media pundits, there are two potential trap games on the Crimson Tide’s schedule and both are away from Bryant-Denny Stadium.

A possible spoiler to the Tide’s national championship hopes could come from a surprise team that’s either prepared early in the season or will have its A-game ready by the middle of the year.

Listed below is a breakdown of two teams that could shock Alabama.

After three consecutive 8-5 seasons, Texas A&M’s athletic director Scott Woodward wants to compete for a conference title. Before taking the podium for SEC media days, Aggies head coach Kevin Sumlin was made aware that he’s on the hot seat. Despite solid performances offensively since Johnny Manziel, Texas A&M’s defense versus the run has failed miserably.

Sumlin, Kyle Allen (now at Houston) and company hosted the Crimson Tide at Kyle Field in 2015, and instead of handling Alabama in a newly-renovated venue, Saban’s team treated College Station (Texas) to a 41-23 beatdown that including 21 points off three pick-sixes.

Five years ago, Texas A&M carried an element of surprise during its first year in a new conference.

Behind Manziel’s magical performances and a few turnovers forced on defense, the Aggies defeated the Tide 29-24 in Tuscaloosa. With pressure on Sumlin and the possibility of a redshirt freshman starting at quarterback – Nick Starkel – this time around may be interesting. Starkel, who stands at 6-foot-3 and 195 pounds, accounted for 4,745 passing yards with 48 touchdowns in three years of varsity football at Liberty Christian High School.

He showed signs of promise in the Aggies’ spring game, and is battling senior Jake Hubenak for the starting job. Running back Trayveon Williams and Keith Ford both return on offense, while all-purpose wide receiver Christian Kirk is the lone target back from a star-studded group of players.

Should its defense take on the mindset of John Chavis, Texas A&M would be poised to make a run.

Make no mistake about it, Vanderbilt will treat its Sept. 23 matchup against Alabama like a Super Bowl.

Head coach Derek Mason and the Commodores hosts the Crimson Tide at Vanderbilt Stadium, and after the way it finished last season, fans on the west end are excited about what’s to come. Senior Ralph Webb anticipates being the SEC’s top career rusher once this season is over, as he’ll enter a campaign off back-to-back 1,000-yard seasons.

Offensive coordinator Andy Ludwig and quarterback Kyle Shurmur did not start 2016 on the same page; however, both found rhythm down the stretch. Vanderbilt returns a fresh crop of wide outs, including C.J. Duncan, Trent Sherfield, Caleb Scott and Kalija Lipscomb.  Duncan, a senior, led the group in receptions (44) and yards (494).

Losing Zach Cunningham at inside linebacker was tough, but having Oren Burks, LaDarius Wiley and Ryan White back alleviates the pain. When a team has been at the bottom for a lengthy amount of time, other schools feel as if they have a better chance at handling them. Preparation for these teams isn’t as crisp, due to a preconceived notion that you are already going to win.  For Alabama, it cannot afford to have complacency set it in because Vandy is ready.

“I respect how Nick Saban runs his program. I like Saban, but Vanderbilt fears no one,” Commodores coach Derek Mason at SEC media days.