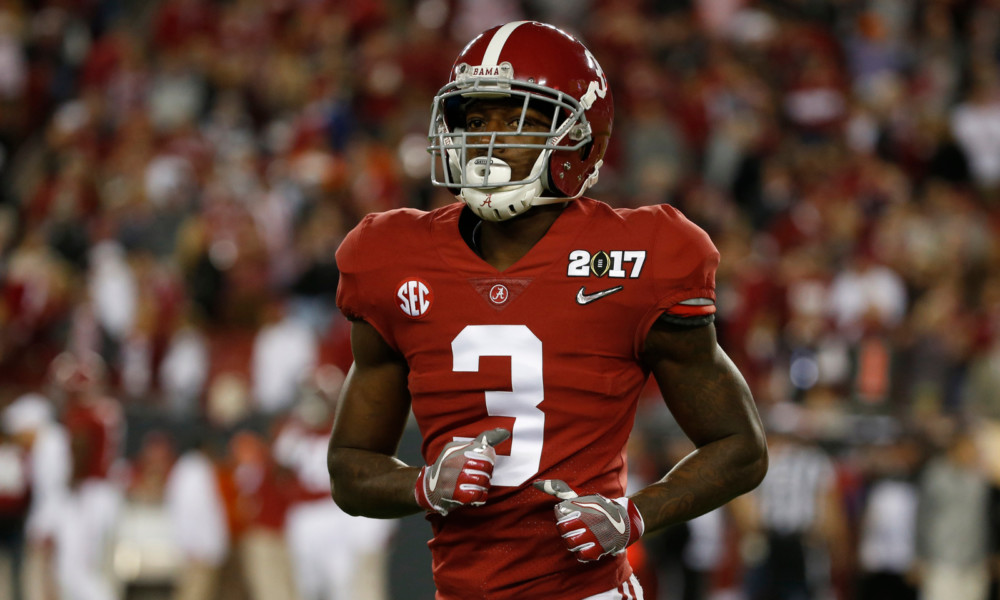 TUSCALOOSA, Ala.– Even after losing Jonathan Allen, Reuben Foster, Ryan Anderson and Tim Williams to the National Football League, Alabama football is still full of savages. During today’s scrimmage at Bryant-Denny Stadium, the Crimson Tide’s secondary intensified its competition versus the wide receivers. According to sources, junior Calvin Ridley and company had a difficult time creating separation to catch passes.

Things got more interesting when Trevon Diggs took his shot at defending Ridley.

Per sources, the constant battling between Diggs and Ridley with safety Ronnie Harrison in the mix led to multiple scuffles. Ridley, who is on a few preseason watch lists, would be sent to the locker room. Upon his returned, Ridley wore no shoulder pads. This could possibly show signs of an injury. While Harrison at times had shown that he can be a little too emotional, Diggs is trying to show the coaching staff that he’s the right move at left corner.

Alabama’s defensive backfield lost Eddie Jackson and Marlon Humphrey after last season; however, today’s event provides a sign that it refuses to back down from any challenge.

More updates on this information will be unveiled later.