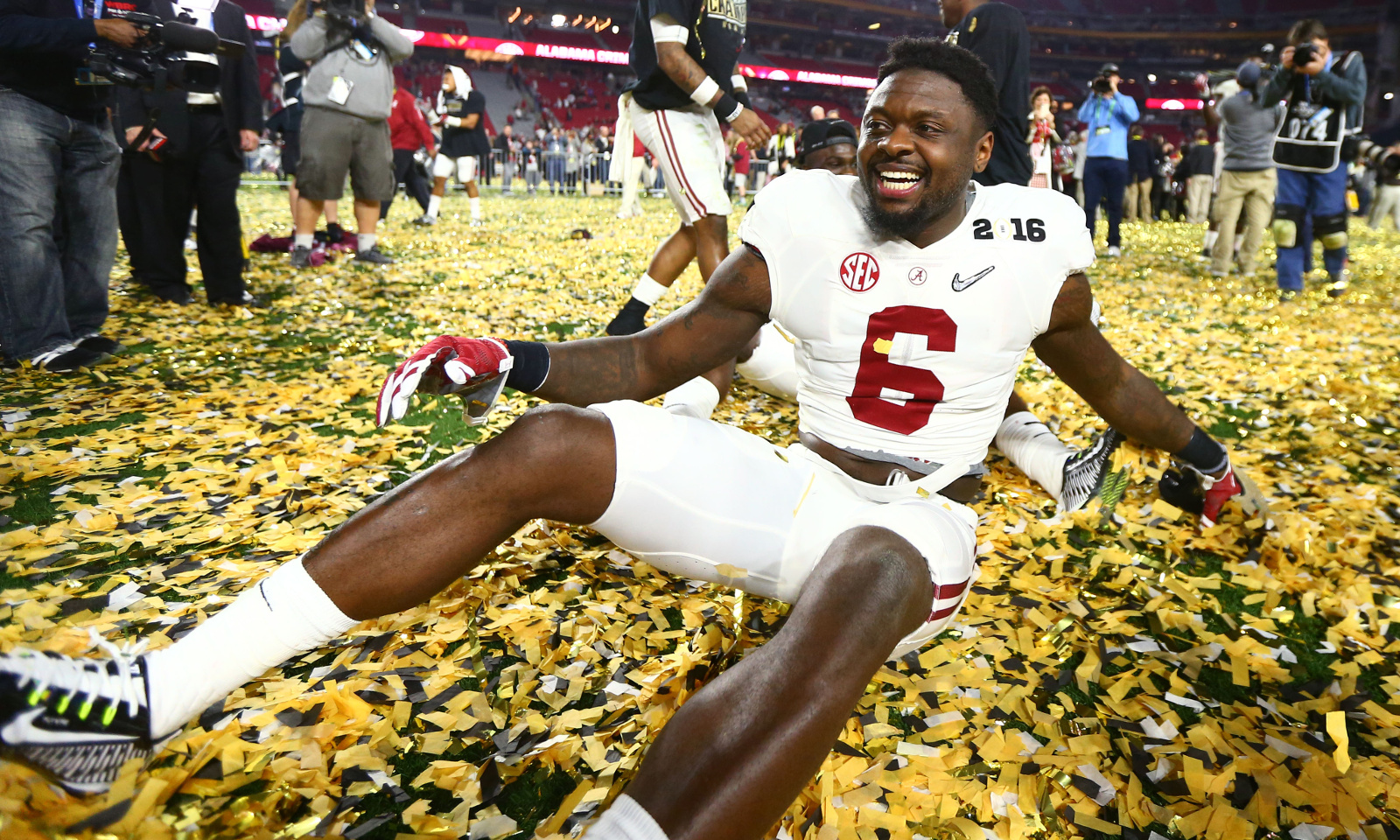 TUSCALOOSA, Ala.– Being the successor to Landon Collins when it comes to Louisiana natives choosing to play at safety for the University of Alabama is not easy, but Laurence “Hootie” Jones made the move in 2014 as he signed as one of the nation’s top defenders.

After two seasons of being a reserve, Jones showed signs of life in 2016 – posting 20 tackles, five pass breakups and a forced fumble. While his output in breakups tied for third on the team, Jones’ forced fumble occurred versus Arkansas on the road during week six of last season.

He created the turnover on a kickoff return and linebacker Mack Wilson recovered, helping the Crimson Tide get a 49-30 victory. Just like Trevon Diggs is making himself comfortable a cornerback, the 6-foot-2 and 215-pound defensive back appears to have the starting role at Money in the dime package. Alabama head coach Nick Saban took to the Mal Moore facility after practice, following the team’s first session in preparing for matchup with Florida State.

Saban told the media that he’s been very pleased with Jones’ progress.

“Hootie’s had a really good camp,” he said.

“He’s done an outstanding job and is playing with more confidence. He’s got a better understanding of what the expectation is to do his job and do it well. I’ve been very encouraged by the way he’s played in fall camp, and hopefully he’ll be able to carry it to the field for us.”

Jones, Cam Sims and Cam Robinson all spurned Louisiana State University when the trio decided to sign with the Crimson Tide. Jones, a four-star prospect, was ranked No. 27 on the ESPN 300 recruiting site upon the conclusion of his tenure at Neville High School.

Despite some surging from redshirt sophomore Deionte Thompson, Jones has fended off the young talent for the most part. He’s one of 10 players from the Tide’s roster that’s on watch for the 2018 Reese’s Senior Bowl, which will be played at Ladd-Peebles Stadium in Mobile, Ala.

The secondary is expected to be great with Minkah Fitzpatrick, Ronnie Harrison, Anthony Averett and Trevon Diggs still growing, but adding Jones as either a starter (dime) or consistent rotational player makes Alabama’s back five on defense more than capable of finishing this year.