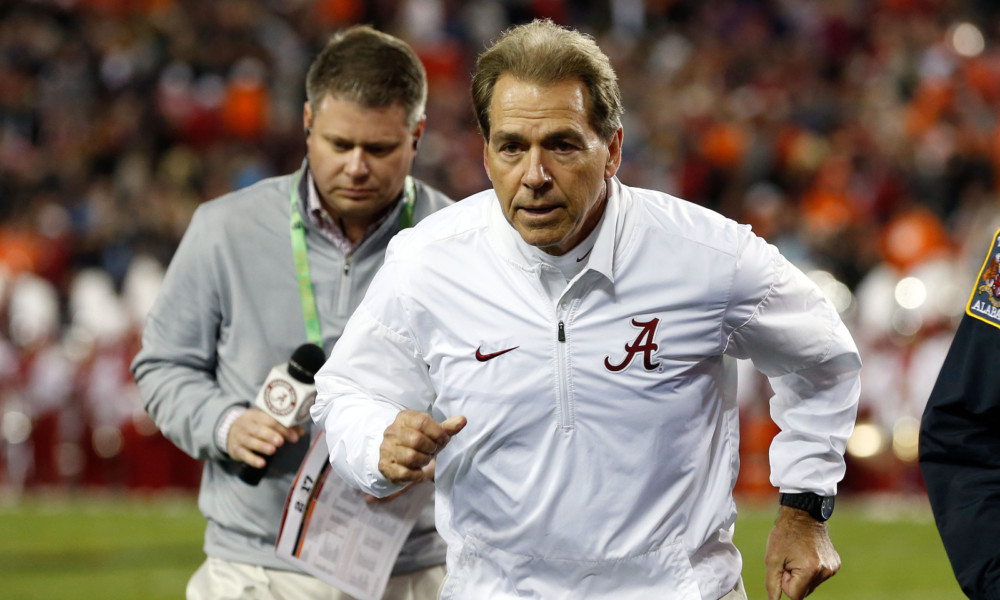 Redshirt sophomore Matt Womack has made a lot of progress at right tackle, but despite him getting reps with the first-team unit – a true freshman could hijack his spot at some point during the upcoming season.

Five-star prospect Jedrick Wills has earned the trust of teammates and the Crimson Tide’s coaching staff throughout fall practice. Although he’s listed at second team right tackle, he was spotted alongside the projected starters – which consists of Jonah Williams, Ross Pierschabacher, Bradley Bozeman and Lester Cotton – in two scrimmages.

He’s already spoke on being pleased with Wills’ progress; however, Saban went further into the competition at right tackle following the team’s practice on Thursday.

“Jedrick has done a really good job for us,” Saban said.

“He’s athletic, he’s physical and I think he’s going to be a really good player. It will be very interesting to see how he progresses this week and if he gets an opportunity in the game, I’m sure we’ll watch closely to see how he responds when he gets into a competitive situation.”

Hearing this from Saban strikes a chord toward Wills playing against Florida State.

Listed at 6-foot-5 and 314 pounds, he has the potential to be special in run blocking and pass protection. Before coming to Alabama, Wills guided Lafayette High School to the Class 6A state championship game as a senior, clearing the way for 41.8 points and 454.8 yards a game.