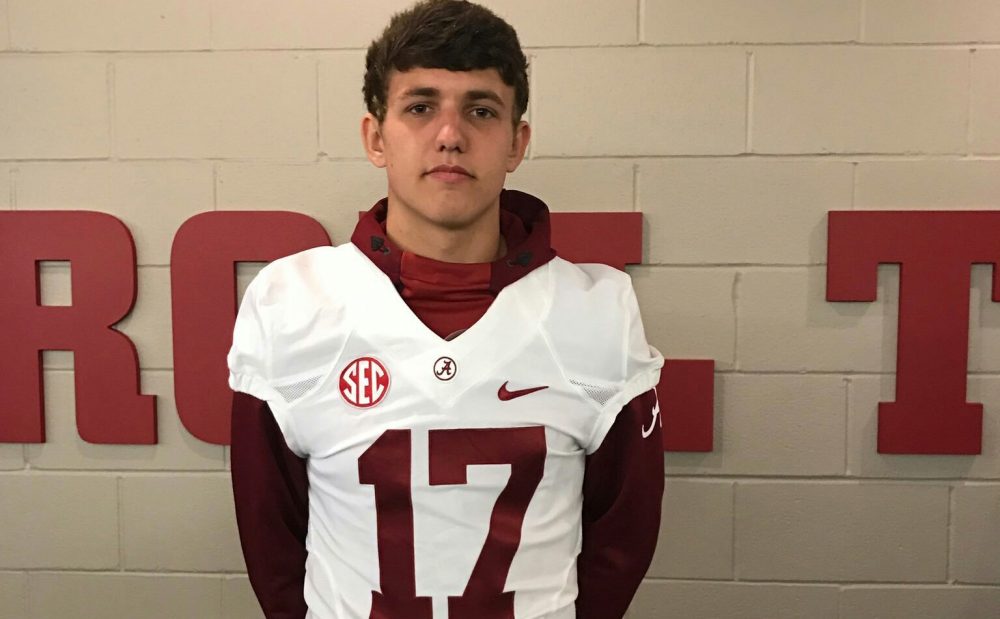 Some big names will be inside of Bryant Denny-Stadium to watch The Crimson Tide take on Colorado State. Here are a few of those guys.

Joiner is arguably The Tide’s top RB target at this point. He currently lines up at the running back position for Mountain Brook High School. He is a lengthy back that runs with a lot of tenacity.

Davis is a member of Alabama’s 2018 recruiting class. He is an aggressive rusher that Alabama’s coaching staff is excited to get on campus next season.

Tyson is the grandson of Alabama Legend, Paul Bear Bryant. He is currently the quarterback for Hewitt-Trussville High School. Alabama has already offered him and hopes that he will suit up in crimson and white in the future. He has racked up offers from several outstanding programs.

Cunningham is one of Alabama’s DT Target. He shared with yours truly that Alabama is still one of his top schools.