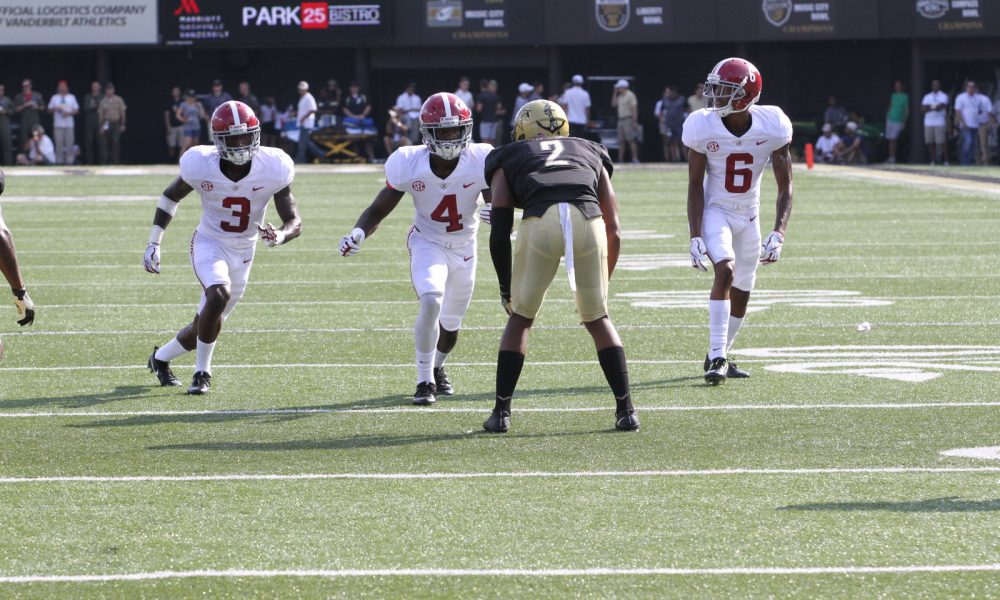 NASHVILLE — Another talented five-star wide receiver took flight in a Southeastern Conference opener for the University of Alabama football program over the weekend.

Regardless of words being sown through Twitter stating how the Florida native should not have signed with the Crimson Tide, Jeudy was targeted three times.

After just one catch in the previous three games, he reeled in all three passes for a game-high 68 receiving yards — including a 34-yard touchdown catch from Tua Tagovailoa.

Hawaii’s native son found Jeudy on an inside post route and he handled the rest.

The duo established quite the connection before coming to Alabama, and during the Tide’s spring game in April – five catches, 134 yards, two scores for Jeudy – prior to Saturday’s game.

While all three of his catches went for first downs, his score came in the third quarter. Jeudy’s efforts helped the Tide capture its second shutout of Vanderbilt under Nick Saban and start the conference slate at 1-0, after a 59-0 victory.

He was an explosive weapon at Deerfield Beach High School, and his performance against the Commodores should do wonders for his confidence moving forward. Jeudy and the rest of Alabama’s offense will return to Bryant-Denny Stadium next week to face Ole Miss.