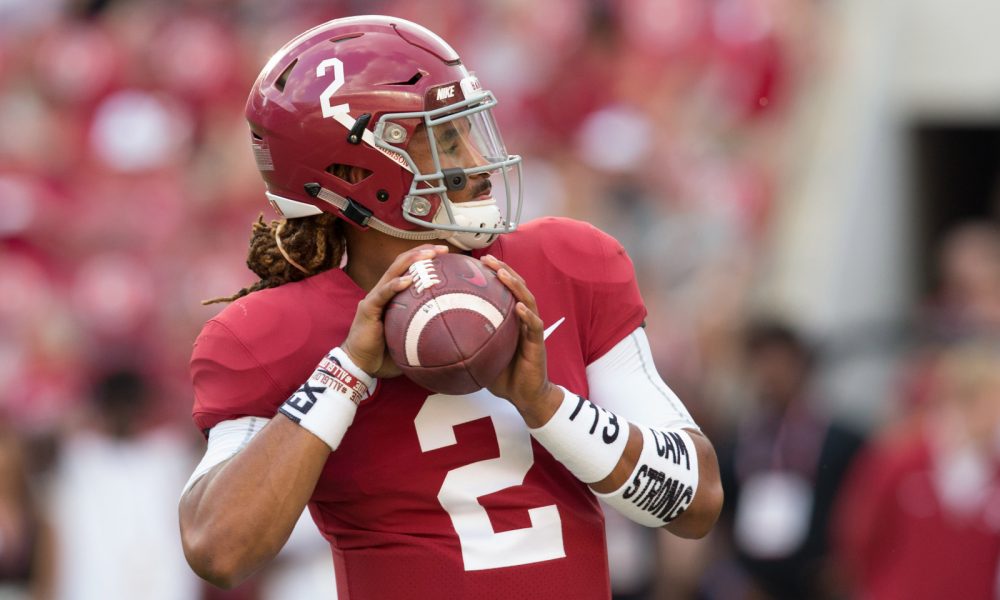 A feeling of expectation is alive in Nashville as the Vanderbilt Commodores look to upset top-ranked Alabama at home. Vandy endured a 34-0 defeat at the hands of head coach Nick Saban and the Crimson Tide in 2011 at Bryant-Denny Stadium.

After having some issues with consistency in week one versus Florida State, offensive coordinator Brian Daboll wants to establish Jalen Hurts and the running game early against another solid unit.

Since its three-sack performance of Deondre Francois, Alabama’s defensive front has struggled to affect quarterbacks. With the returns of Rashaan Evans and Anfernee Jennings at linebacker, Jeremy Pruitt is ready to let loose on Vandy.

He may have dropped some weight to improve as a pass catcher, but Alabama’s needs its hammer in Bo Scarbrough to wear down the Commodores.

The former five-star prospect and Tuscaloosa native averaged 4.3 yards per carry with a touchdown in three games; however, he has yet to display the burst that he came on strong with down the stretch of last season.

Despite a strong start for Damien Harris, the Tide needs for Scarbrough to get going.

Rashaan Evans returns as the alpha male on defense.

He’s been through two weeks of rest after hurting his groin; nevertheless, the senior anticipates being disruptive and frustrating Vanderbilt’s offense.

Evans chimes in with five assisted tackles thus far, but having him back ensures that Pruitt’s play-calling will all but vanilla.

He was such a high-prized name in the 2014 recruiting class, but Da’Shawn Hand has yet to showcase his big play abilities this season. Hailing from Woodbridge, Va., the once five-star defensive end has amassed just five tackles.

With the Commodores having a game-managing quarterback in Kyle Shurmur, Tide fans expect to see more explosive play from Hand.

It was Alabama’s Southeastern Conference opener versus Ole Miss two years ago that sidelined wide receiver Robert Foster for the rest of the year.

Now healthy and rejuvenated, Saban mentioned on Thursday’s airing of the “Hey Coach” show that Foster is a key offensive piece.

After turning a 9-yard pass into a 52-yard touchdown against Colorado State, Vanderbilt could very well have its hands full with Pennsylvania native – opposite junior Calvin Ridley.

He’s compiled a 50 percent completion rating and averaged 106 passing yards when facing quality opponents, but Jalen Hurts can take a step forward regardless of those numbers with a solid day versus Derek Mason’s group. Mason intends on confusing Alabama’s offensive line with exotic looks, so it will be up to Hurts to locate the hot read and hit receivers in stride.

The last two weeks saw him connect on 74.3 percent of his throws and account for much of the Crimson Tide’s scoring attack, yet SEC competition will demand a little more from him.