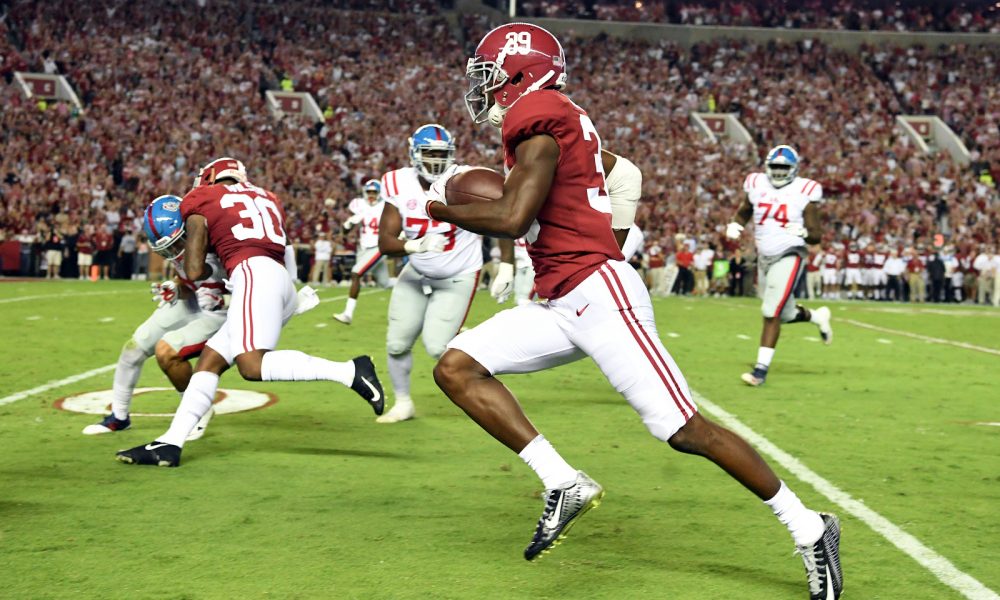 After locking down his side of the field against Mississippi on last week, the senior cornerback earned Defensive Player of the Week honors from the Southeastern Conference today.

Wallace, a former walk-on, was instrumental in Alabama’s defense limiting Rebels’ quarterback Shea Patterson to 165 yards passing on a 48.3 percent (14 of 29) completion rating. Before facing the Crimson Tide, he had two 400-yard games versus South Alabama and Tennessee-Martin.

He turned in his first multi-interception performance, victimizing Ole Miss twice – including returning a pick for a 35-yard touchdown in the first quarter. Wallace’s efforts delivered Alabama its first non-offensive touchdown of the season, after posting 11 scores in 2016.

His ball skills and exceptional play in coverage rendered a usually explosive offense to 253 yards and an average of 4.6 yards per play. Wallace assisted the Tide in third down defense, as the Rebels could not move the chains through 13 attempts. He also held Ole Miss’ primary weapon, A.J. Brown, to just one catch.

Regardless of wide receiver DeMarkus Lodge totaling 72 yards on two receptions, both of Patterson’s mistakes came from Wallace defending Lodge.

While he entered Alabama in 2014 as a preferred walk on, Wallace is growing a resume in being a shutdown defensive back and possibly an NFL Draft stock.

Even with having Minkah Fitzpatrick, Ronnie Harrison, Anthony Averett and Hootie Jones among other players, Wallace is leading the program in both interceptions (three) and pass breakups (six) through five games.

After getting a 66-3 victory, he and the Tide will travel to Kyle Field in College Station, Texas to battle head coach Kevin Sumlin and Texas A&M this weekend.