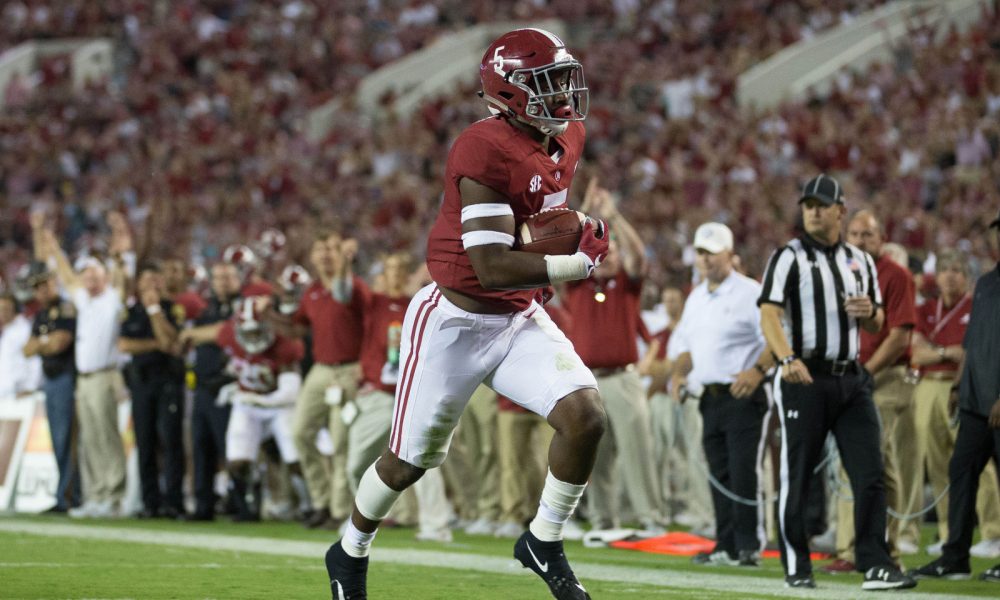 When he graduated from Calera (Ala.) High School in 2014 to pursue an education and a football career at the University of Alabama, Ronnie Clark was on top of the world.

A consensus four-star prospect, he served in multiple roles on both offense and defense – including duties at quarterback and safety. Alabama football head coach Nick Saban initially wanted Clark as a defensive back, but injuries at running back quickly moved him to offense.

Despite him carrying the heart, toughness and willingness to run the ball for the Crimson Tide, one particular injury would manifest itself twice. For those who are not familiar with the location of the Achilles tendon, it’s at the back of the ankle connecting the calf muscles to the heel bone.

Throbbing in pain, Clark would lie on the practice field in tears after enduring two major setbacks. Thoughts of him not being as explosive as he once was entered the mind of the Tide’s coaching staff, which was why he was switched to handle things at H-back. Ever determined, the redshirt junior added some weight in the offseason and at 224 pounds – he still was not done.

He earned his first carries of the season in Alabama’s conference opener against Vanderbilt University; however, Clark’s moment of utter joy came last week versus Mississippi.

The 6-foot-2 warrior totaled five rushes in the second half for 22 yards, including a nine-yard touchdown run over the left side of the Tide’s offensive line in the fourth quarter.

While fans cheered on having the No. 65 appear on the scoreboard, Alabama’s sideline erupted as the face of perseverance finally got his first career touchdown. Freshman tight end Major Tennison was first to signal the happiness before Clark reached the end zone, and dozens of his teammates immediately took the field to celebrate with him.

Damien Harris, nephew of Clark, shared the video of his uncle getting into the end zone on social media and called it “the best moment of my career was watching this play.”

The best moment of my career was watching this play. Happy for you UNC! @Rc1_era https://t.co/ZFJcRqpaGl

Moments like these are what makes this team special, and will be something that Clark will cherish as he continues to strive in being a factor on offense moving forward.