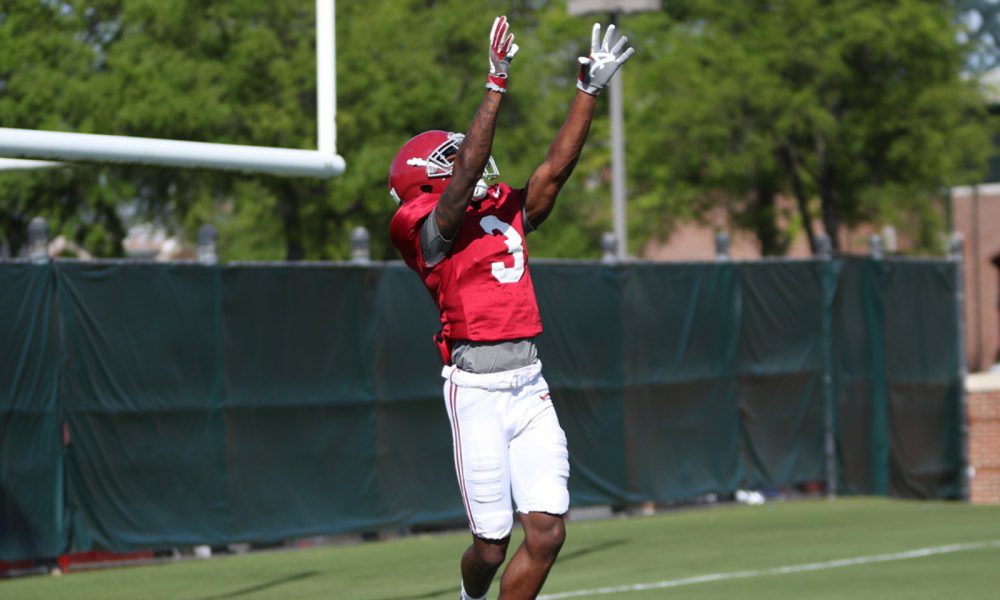 TUSCALOOSA, Ala.– Florida State wide receiver Keith Gavin was expecting to see a No. 15 or No. 30 in crimson upon him getting up after taking a shot on a kickoff return, but the number that caught his attention is one that can potentially be a household name for years to come.

Rated at No. 60 in the ESPN 300, Wright posted a solid junior year with 72 tackles and four interceptions in 2015. His decision to choose Tuscaloosa over many areas in Florida sent shockwaves through the recruiting circuit like Jerry Jeudy; however, Wright expects to win.

It’s been proven a number of times under Nick Saban that in order for players to have a significant role (offense or defense), they must contribute well on special teams.

Guys like Trent Richardson, Julio Jones and Vinnie Sunseri may have started the trend, and having athletes like Reuben Foster, Ronnie Harrison, Keith Holcombe and Keaton Anderson improved it some, but Wright seems to have the utmost swagger for this role per sources.

“He came in as a good defender, but his attitude on special teams has made him one of the best players,” sources said of Wright. “He’s been tearing it up on special teams since making that tackle against Florida State and what’s great is he loves the feeling of just being out there.”

Since introducing college football to his style of hitting, Wright chimes with 10 tackles – all of which are a result of kickoff coverage. He was credited with a season-high of four total stops versus Mississippi, holding its return game to 84 return yards on 11 kickoffs.

In conference games against Vanderbilt, Texas A&M and Arkansas, he was recognized as one of the coaching staff’s players of the week. Wright has quickly earned the reputation of being a natural headhunter, and like his head coach, he finds different ways to focus on certain details.

“He has his own routine on getting hyped up before kicks,” sources said.

“Daniel will spend the first couple of minutes talking to people and then, he’ll start screaming and bouncing around. By the time the ball is kicked, he is just ready to knock someone out.”

Reflecting back on some of his plays, it appeared as if Wright came out of nowhere on quite a few tackles. He shoots downfield with a head full of steam, so by the time an opposing return specialist can get an idea of who’s coming, the freshman has already taken them out the play.

“He can just haul,” sources said. “Nothing holds him back from full speed and he always stays focused. What makes him so good is that he just wants to hit somebody and make a tackle.”

He doesn’t remind Tide fans of former players in the program now; nevertheless, Alabama’s defensive backfield will suffer a major exodus after this season. With so much leaving for the National Football League, keep all eyes on Wright moving forward.