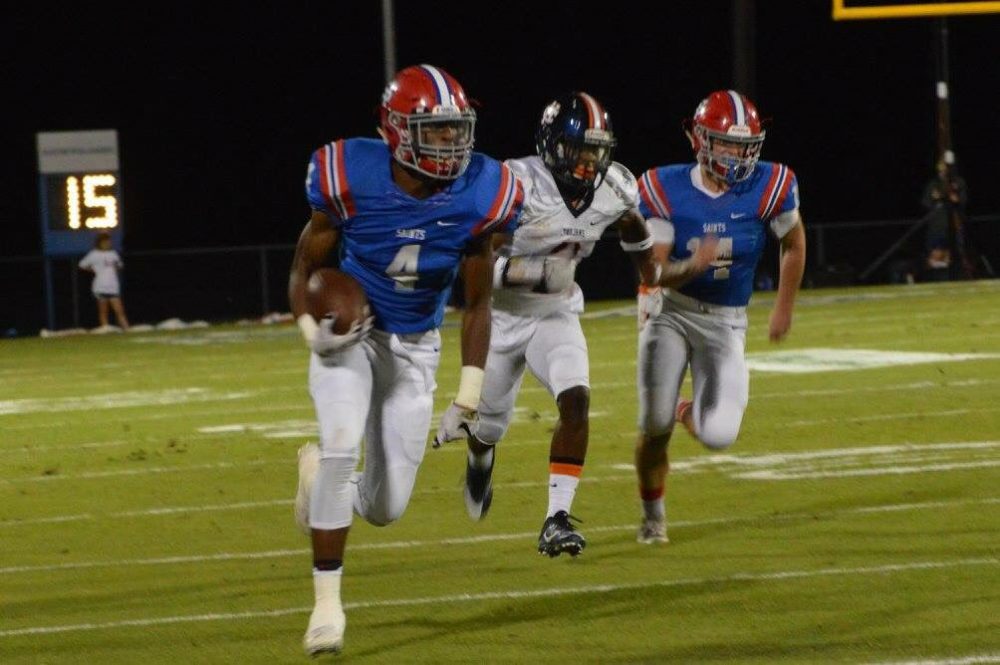 Alabama has a couple play makers in their 2018 recruiting class.

Several states concluded their high school football seasons with the state championship game and two of Alabama’s commits made their presence felt.

Defensive back commit,Jalyn Armour-Davis, was the first to do so in a very competitive game in the AHSAA 5-A State Championship. This game was a defensive dog fight for the most part as each defense made it difficult for the offenses to have much success. Davis came up big in the fourth quarter on a 4th & 14 to keep St. Paul’s hope alive. They scored on the following play.

St.Paul went on to win the game for their 3rd State Championship in four years. Davis was able to make the game-changing play in Bryant-Denny Stadium, where he will suit up for The Crimson Tide on next season.

WR commit, Xavier Williams, also had a big pass reception in the state championship game, but his went for six to put the Chaminade Lions up 14 points.

The Lions would eventually win the game with a field goal.

Big plays are a huge part of championship games and Alabama knows. They are definitely excited to have a pair of guys coming to Tuscaloosa that have experience at coming up huge in big games.