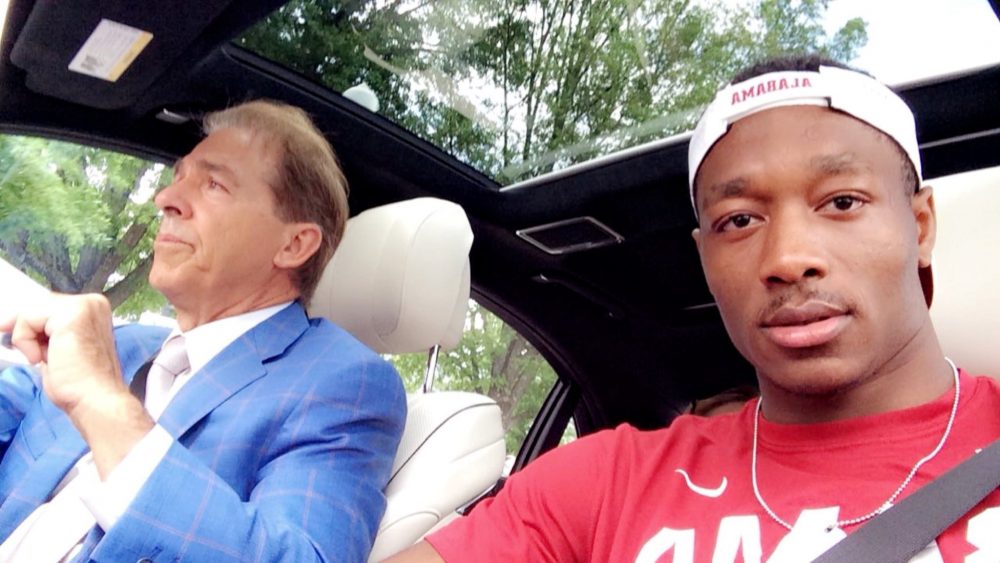 Alabama pulled out a win in arguably the greatest college football National Championship game ever on Monday. Alabama’s freshmen really stood out and took control. As the Alabama coaching staff celebrated the win, they did what they do best; recruit.

Jacob Copeland, 4-Star WR, got a call from The Crimson Tide following the big win.

Them folks just called me after that huge win! 😳 #RollTide

This act is one of the many reasons why the Tide has continue their dominance over the college football world. They never miss out on an opportunity to recruit. The fact that a freshman wide out pulled in the game winning reception in the national championship is a great way to catch a recruit’s attention and The Crimson Tide made sure their target was aware.

Copeland is a 4-Star recruit and one of the top wide out target’s still on the board. The Tide currently has one WR signee, Xavier Williams, in the 2018 recruiting class.