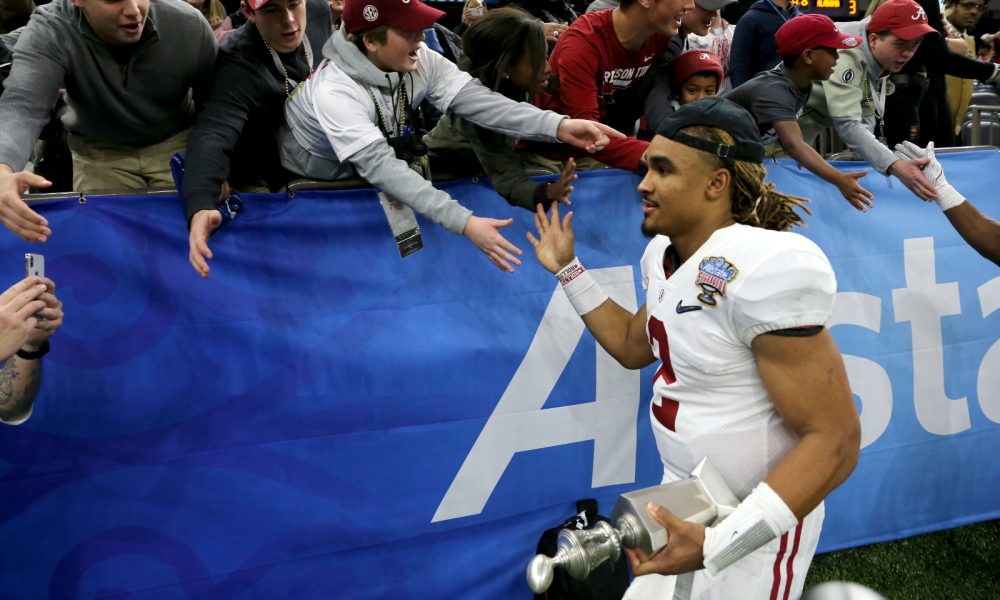 He is not only a man of his word, but Jalen Hurts also wants to remind people of the college football program that still reigns supreme.

Before parting ways with his trademark dreads and winning a College Football Playoff national championship, the rising junior quarterback agreed to a wager with former NBA legend and current analyst for Inside the NBA on TNT, Charles Barkley. Barkley, an alumnus of Auburn University, played at power forward from 1981-84 and continues to be supporter of the school.

During the week of the Iron Bowl, Hurts agreed to film himself wearing an Auburn jersey on UA’s campus if Alabama lost while Barkley would don a Crimson Tide shirt on TNT should the Tigers fall.

In an intense matchup, Auburn got the better of Alabama – earning a 26-14 win at Jordan-Hare Stadium but the way Hurts honored the wager made all Tide fans proud. According to Alabama football’s Twitter account, a video was posted on Hurts wearing a Tigers jersey with No. 26.

Sir Charles, paid in full! @JalenHurts is a man of his word! #RollTide #OutworkYesterday pic.twitter.com/3CwgEAfznN

Regardless of him starting the video off with congratulating Auburn on its season, the ultimate savagery comes at the end. As Hurts speaks on not wanting to be late for English class, he reaches for his Alabama backpack and poking outside the bag is the CFP Trophy from the 2017 season. He then cements the video by giving a “Roll Tide” to the camera and walks to class.

Spring practice, which starts on March 20, will provide part two of the quarterback battle between Hurts and rising sophomore Tua Tagovailoa. After his performance versus Georgia in the national title game, media pundits have the Hawaiian native as the starter heading into fall.

Despite his inability to see the whole field at times, Hurts still ended his sophomore year with 2,081 passing yards, 855 rushing yards and 25 total touchdowns to one interception.

Nick Saban will continue to keep people guessing, as he stated via Chris Lowe of ESPN that he ‘will play both quarterbacks.’ Like he did in the video, Hurts wants to have the final laugh on the field and he’ll have that opportunity this spring to distance himself from the five-star talent.