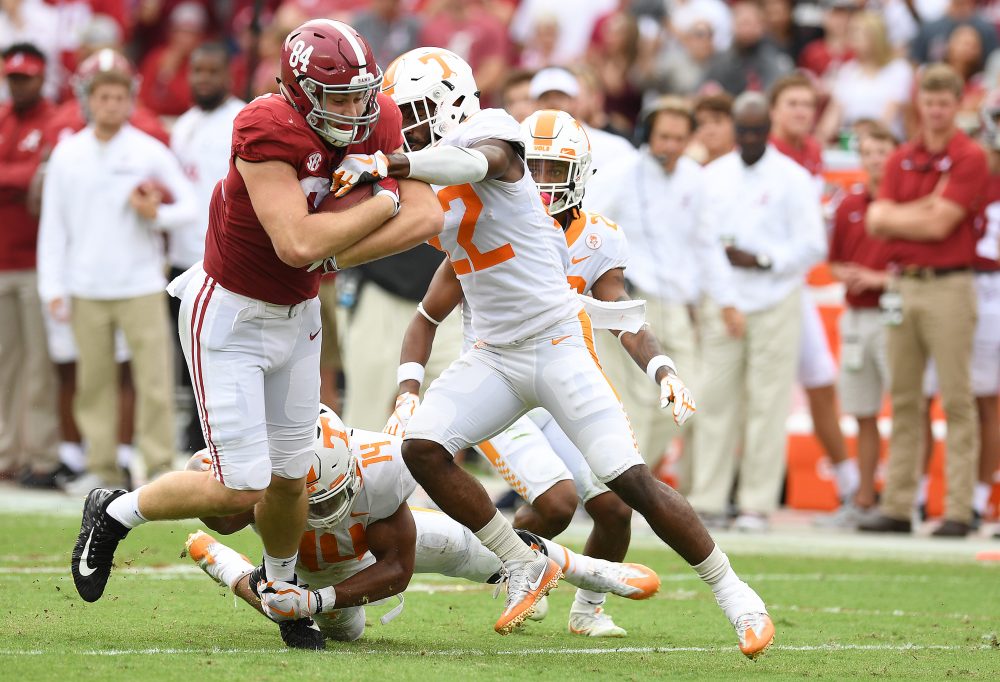 Hale Hentges might not be a household name for college football fans but he gets the job done. While his statistics don’t jump off the page like other receivers and tight ends he is also gaining recognition for his play. After being placed on the John Mackey Award Watch List for the country’s best tight end Hentges has been named to his second watch list. The award watch list he has been named to is the Wuerffel Trophy which recognizes the player who best combines exemplary community service with athletic and academic achievement. Hentges is one of 106 candidates nominated for the award focusing on community service, athletics, and academics.

The Wuerffel award is named after former Florida quarterback Danny Wuerffel for his philanthropy and community service that he has done and continued to do since his college days. The award embodies three characteristics that Wuerffel embodies and that the recipients do as well: Academics, Athletics and Community Service.

Barrett Jones became the first and only Alabama player to win the award in 2011. Jones was recognized with the award due to his 4.0 GPA, outstanding play on the offensive line while playing two different positions and his mission work in Haiti and most importantly helping with the damage from the Tuscaloosa tornado in April of 2011.

Hentges has been involved with Habitat for Humanity and been active with the Fellowship of Christian Athletes during his time in Tuscaloosa. Outside of his work in the community Hentges graduated from Alabama in spring of 2018 with a degree in marketing and is currently working towards his master’s. He has also made the SEC Academic Honor Roll several times. In addition to his success off the field, he has been a huge presence for helping pave the way for running backs Derrick Henry, Damien Harris, Bo Scarborough, and quarterback Jalen Hurts.