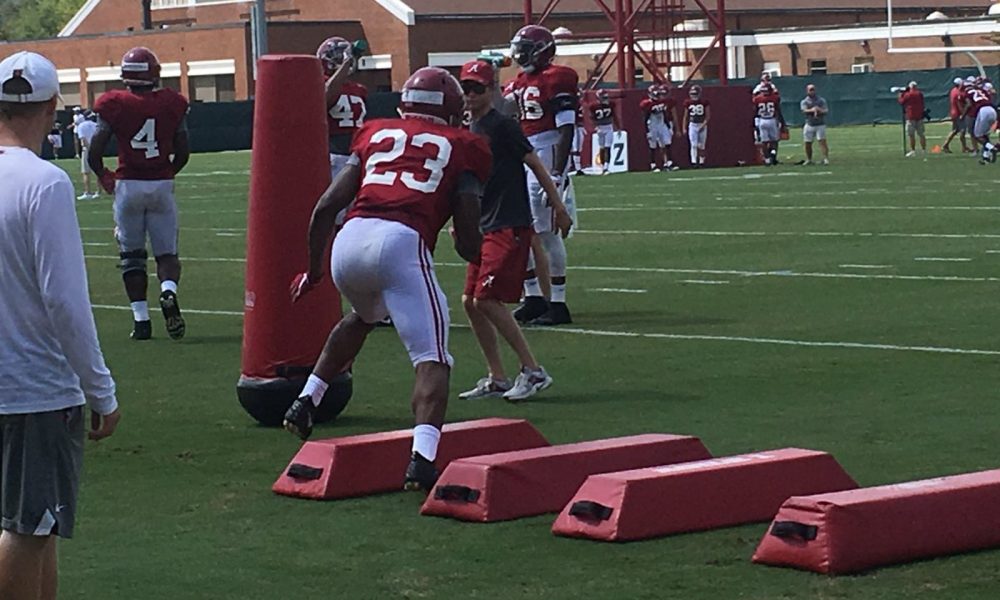 To say Alabama’s 2017 recruiting class was talented would be stating the obvious; however, there was one player that was not granted immediate entrance to enroll with his teammates.

Whether it was the Crimson Tide taking too many players or Parks not fitting an exact need at the moment, he could only watch as multiple freshmen took the field against Georgia at Mercedes-Benz Stadium back in January for the College Football Playoff title game.

Not wanting to see this opportunity pass him by again, the Florida native chose to not back off his comment to head coach Nick Saban. In doing arguably the most unpopular thing for young student-athletes nowadays, Parks agreed to a grayshirt and worked tirelessly to get his body in line and his mind focused the grind he would endure upon arriving to Tuscaloosa this spring.

Throughout the offseason, he’s been one of the fastest growing players on defense.

A product of Sebastian River High School, Parks was a two-sport athlete – juggling football with track and field. Despite not participating in the gridiron game until his sophomore year, he possessed freakish athleticism, quickness and strength at defensive end/outside linebacker.

He has brought these traits to the Tide and under defensive coordinator Tosh Lupoi, Parks has quickly gained the attention of teammates and coaches. During the last few weeks of fall camp, Lupoi has been impressed with Parks’ efforts. Even after getting on him earlier this month about not quitting on a team drill, the 6-foot-4 specimen learned from it and has moved on.

“Finish the damn drill. No F—- that. This is the standard. You don’t quit on this team.”- Tosh Lupoi after Jarez Parks messed up a drill. You have to love the intensity. pic.twitter.com/wHRdRvEWVh

More of Coach Lupoi with OLBs and the continuation of his coaching toward Jarez Parks. pic.twitter.com/zmD82y4WhR

Little statements like “It’s your time 23” and “Don’t back away from it now,” have helped Parks’ development in seeing how Lupoi has confidence in him. While his first step almost resembles that of former Tide pass rusher Tim Williams, his overall game mirrors more of Ryan Anderson.

Young players stepping up at OLB and it starts with Cameron Latu. pic.twitter.com/SlmTAjbeJO

He was one of the nation’s top high school defensive ends during his recruitment and Parks’ hunger to become an impact star has taken root. With Terrell Lewis and Christopher Allen both out with knee injuries, the 251-pound freshman eyes a chance to start at outside linebacker.