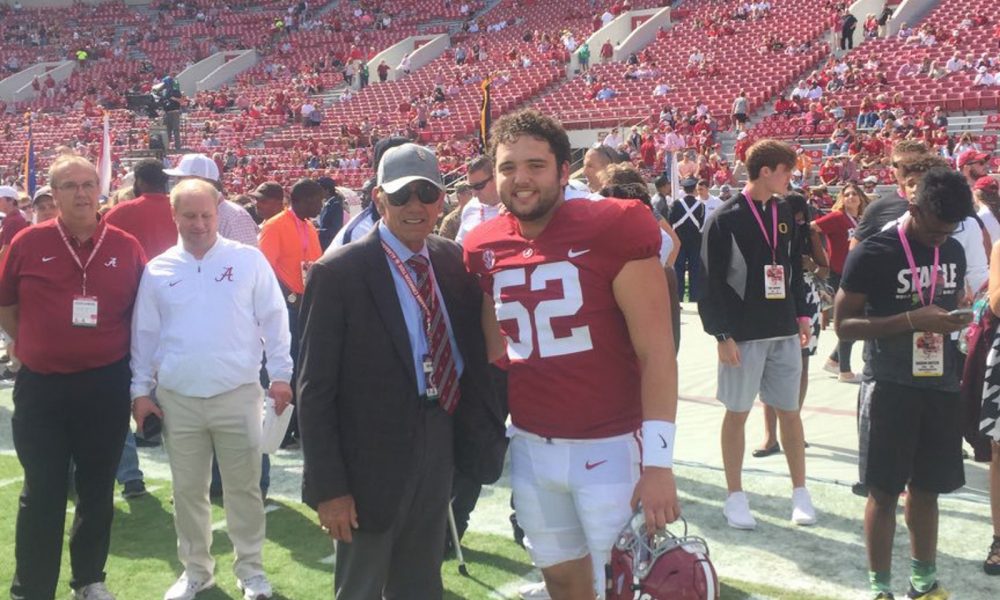 Sources have indicated that two former walk on Alabama football players have been awarded full scholarships.

According to Mac Hereford, via his Twitter profile, hard work and dedication have paid huge dividends for two former walk on football players. Today, both D.J. Lewis and Scott Meyer were awarded full scholarships for their outstanding efforts and contributions to the University of Alabama football program. These two young men have become yet another outstanding example of how Nick Saban and his coaching staff take care of those who give their all for Alabama football.

The announcement of D.J. Lewis receiving a scholarship is good news for Alabama football, giving it yet another capable body in it’s young defensive backfield. Standing at five feet, eleven inches and weighing 196 pounds, Lewis possesses the size Nick Saban looks for in his critical factors for being a cornerback. Lewis comes to UA by way of Birmingham, Alabama. No doubt this is a dream come true for a young man who grew up imersed in the culture of Alabama football.

Alabama’s special teams unit also appears to have gotten a boost as well. After walking on at Alabama and starting last season as the Crimson Tide’s long snapper, Scott Meyer has also been awarded a full scholarship. With this announcement, it appears as though he may have beaten out true freshman long snapper Thomas Fletcher, and solidified his spot as the team’s starting long snapper once again.

These types of events always make for a great feel good story, and should serve as a notice to recruits nationwide. For those few that are willing to forgo scholarship offers from smaller programs in order to chase their dreams of playing on the biggest stage in college football, hard work, dedication, and real effort can lead to something great.