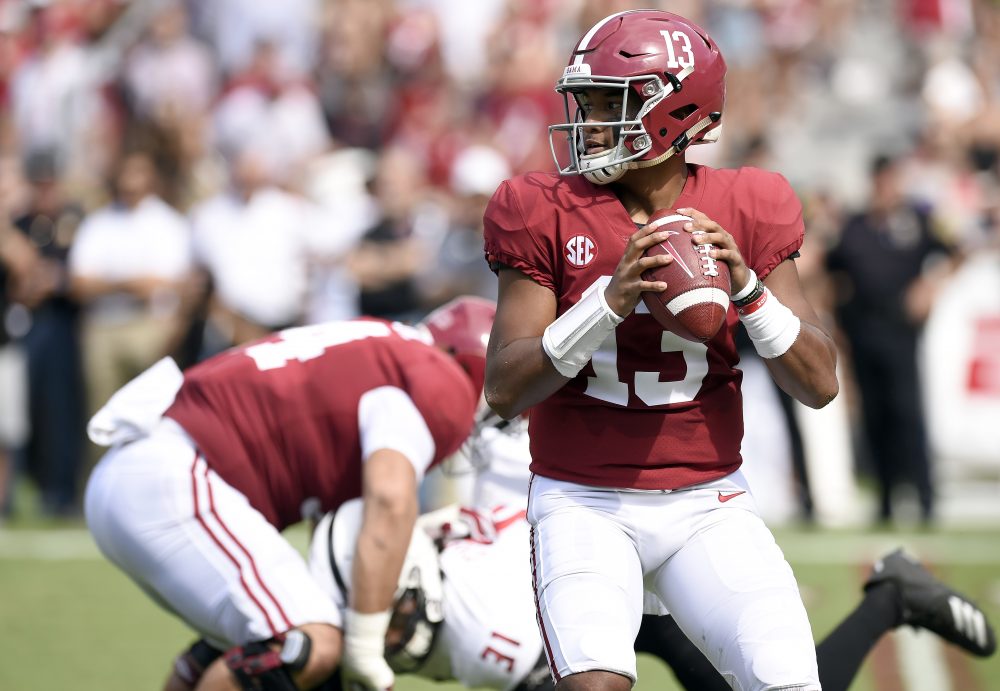 After shutting up Louisville, Tua Tagovailoa continued his strong play in the first half of Alabama’s home opener versus Arkansas State. The sophomore displayed efficiency through 11 passes, completing seven of them for 180 yards with three touchdowns. His efforts have placed him at five scoring passes this season and 14 for his career – dating back 2017 against Fresno State.

He completed six of seven attempts for 85 passing yards with two scores, including a 10-yard pass to Irv Smith Jr for a touchdown.

Jeudy led all weapons with 79 yards and two scores on three catches.

Despite a slow start, the Tide’s defense got things going late in the first quarter.

Safety Xavier McKinney led the team in tackles (six), while defensive end Isaiah Buggs had five tackles and one sack.

Junior linebacker Mack Wilson had three stops and a multitude of Tide players totaled two tackles. Cornerback Saivion Smith got the non-offensive touchdown party started for Alabama with a 38-yard interception returned for a score in the second quarter.

Saban will get on Austin Jones for missing two extra points and his defense in allowing 66 rushing yards to the Red Wolves, but those things will be cleaned up in the second half.